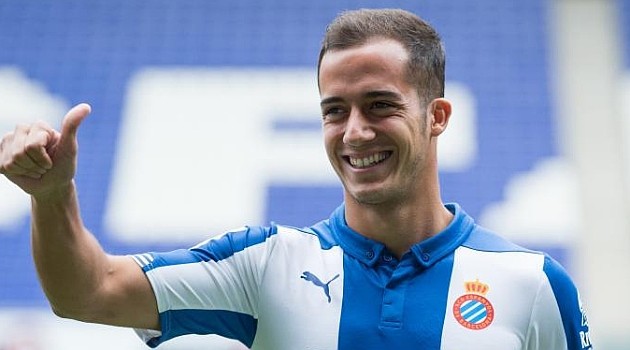 Liverpool are plotting a summer move for Real Madrid winger Lucas Vázquez, who is currently plying his trade with Espanyol on loan.

The 23-year-old plays as a right winger has never made any senior Real Madrid appearances after graduating through their academy.

He has been loaned to La Liga side Espanyol where he made a brilliant impression, managing two goals in 19 appearances.

Espanyol are willing to sign permanently which would cost them around €3m and then sell him to any top European club on a high fee.

However, the plan may not work for them as Carlo Ancelotti doesn’t want the young winger go out for a cheap and says he has a plan for the Spaniard.

Spanish newspaper Marca reports that Liverpool are showing an interest in him and the Reds are looking to negotiate with Espanyol over the deal.

Liverpool do have talented wingers like Raheem Sterling and Jordon Ibe on their ranks. Another addition on cheap won’t be a bad option for the Reds next season.