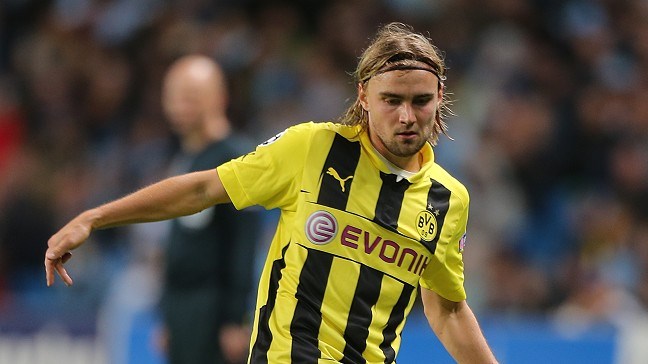 Liverpool are lining up a summer move for Borussia Dortmund’s left back Marcel Schmelzer in the summer, claims The Guardian.

The story was also carried by Tutto Mercato Web and German daily ‘Bild‘, and despite the 26 year year old having a contract with the Westfalenstadion club till 2017, Liverpool are interested in the German to address their left back problems.

Jose Enrique’s prolonged injury has forced manager Brendan Rodgers to play full back Jon Flanagan as an inverted left back, the 21 year old who has grown in prominence this season.

Aly Cissokho is also likely to leave the club once his loan expires in the summer and with interest in Sporting Lisbon’s Marcos Rojo dying in the past few weeks, Liverpool have seemingly set their sights on the Bundesliga star.

Liverpool currently sit atop the Premier League standings and Rodgers will feed the need to bolster his defense in order to compete in the Champions League next season.

Schmelzer has featured 25 times for Dortmund this season, netting once and has also grabbed 4 assists to his credit. The German’s raw pace, the willingness to express himself on the field and the desire to work his socks off would ceaselessly fit into Rodgers’ tactical setup.

The German’s major asset is his crossing abilities from out wide and with Sturridge and Suarez up front, it would give Liverpool an added dimension to their already impressive attacking prowess.

Clark Whitney, Bundesliga journalist and featured columnist for Bleacher Report also tweeted regarding Schmelzer’s switch. The rise of 21 year old Erik Durm in the left back role for Jorgen Klopp’s side has been impressive and might make Schmelzer’s switch a possibility in the summer.

So what do you think? Will Liverpool land Schmelzer or will the German stay at Dortmund?