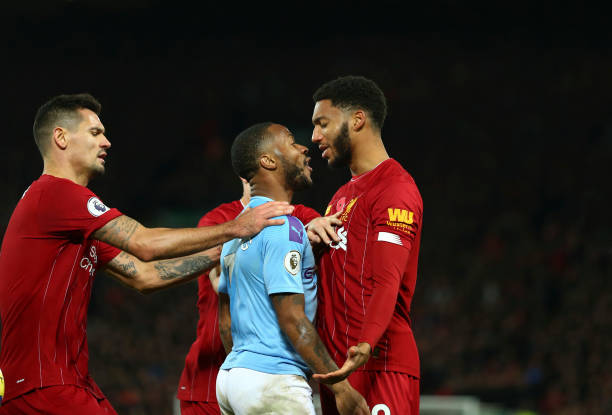 Liverpool defender Joe Gomez has picked up a knee injury during a training session on international duty with England.

The 23-year-old has been outstanding for the Reds since Virgil van Dijk’s injury against Everton and it will be interesting to see how Liverpool cope without him in the coming weeks.

The Premier League champions are going through an injury crisis right now especially on the defensive front.

Virgil van Dijk has been sidelined for the remainder of the season and Joel Matip has only just returned to action.

Jurgen Klopp was using the Brazilian defensive midfielder Fabinho as a centre back but the former Monaco player has picked up an injury as well.

With just one centre back fit and available it will be interesting to see how Klopp sets up his team for the upcoming matches.

England manager Gareth Southgate has confirmed that Gomez seemed in a lot of pain and it remains to be seen whether the injury is a serious one.

Gareth Southgate on Joe Gomez injury: “What was upsetting was to see he was in a fair bit of pain.
No one was around him when the injury happened” #lfc

The fixture congestion this season has already taken a toll on players’ fitness this year and Liverpool might have to dip into the transfer market in January in order to cope with their current injury crisis.

Right-back Trent Alexander-Arnold is also sidelined with an injury and he is expected to be out for the next four weeks.

The true extent of Gomez’s injury is yet to be determined and Liverpool fans will certainly be hoping that the young centre back can return to action as soon as possible.