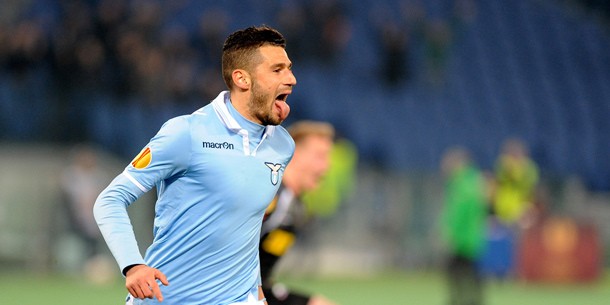 According to the latest reports in Italy, Liverpool have been linked with a January move for Lazio midfielder, Antonio Candreva.

Italian newspaper Corriere della Sera (via TuttoMercatoWeb) have claimed that Candreva is a January target for Brendan Rodgers’ Liverpool.

The Italian has caught the eye this season, with his impressive club form enabling him to nail down a role in the Italian national side ahead of the World Cup this summer.

Able to play in almost every position in midfield, his versatility would be a key asset to the ever changing tactical approach of Brendan Rodgers at Liverpool.

His contractual situation is not straightforward, as Lazio have a part-ownership deal with Udinese. The Biancocelesti will have to shell out another £7m this summer to secure Candreva, but this does not seem certain to happen at this point.

With his future up in the air, and the World Cup fast approaching, Liverpool would do well to secure the player as soon as possible, with Candreva’s price-tag sure to go up if he has a spectacular summer in Brazil.

What do you think? Should Liverpool go for the Italian? Let me know in the comments below…