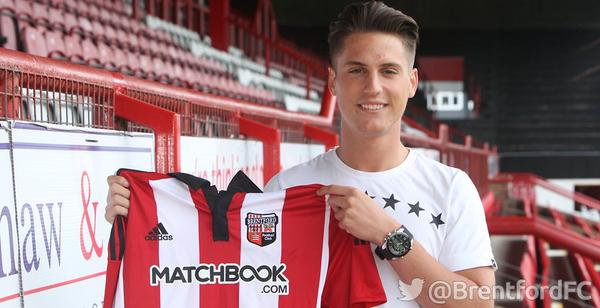 Liverpool have confirmed their midfielder Sergi Canos has joined Brentford on-loan on Monday.

The Spanish midfielder will be with the Championship club until January. He joined the Merseyside club from Barcelona in the summer of 2013 and will be hoping a move to Brentford will help him get regular playing time.

A statement on the Reds’ official website read, “Liverpool midfielder Sergi Canos has agreed a loan move to Brentford, the club have today confirmed.”

Sergi Canos has joined Championship side Brentford on loan, the Reds can confirm http://t.co/4cOKzqDbWU #LFC pic.twitter.com/NfdbpROJXN

Brentford head coach Marinus Dijkhuizen has expressed his delight after managing to sign Canos on-loan. He remains confident the loan move will be good for the midfielder’s development.

“I am pleased we have been able to bring Sergi in to the Club. He is very good technically and is a quick attacking player. He gives us an extra option on the wings,” Dijkhuizen told the club’s official website.

“He is young and talented and we will be able to help his continued development by giving him a chance to train and play at Championship level.”