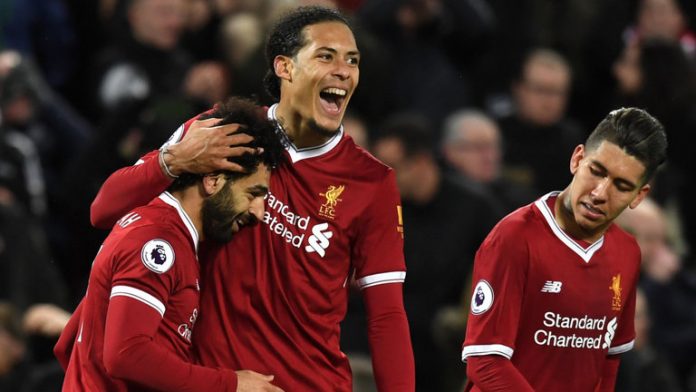 The Premier League is back and it’s back with a bang!

Liverpool’s 4-0 demolition of West Ham United was the weekend’s most impressive performance, but fans of the two Manchester clubs, Chelsea and Tottenham Hotspur have plenty of reasons to smile after the first round of games.

Read on as we look at the main talking points from this weekend’s matches.

“Next year will be our year”. It’s a line that Liverpool fans have trotted out regularly in the past and it’s one that provides a great deal of amusement for supporters of other clubs.

However, having splashed over £175 million this summer the Reds’ faithful are probably justified in dreaming of winning silverware this season.

They were ruthless against an admittedly poor West Ham side on Sunday and tougher tests definitely lie ahead, but in this sort of form Liverpool have the ammunition to mount a serious title challenge.

Sarri off to a flyer at Chelsea

A trip to Huddersfield Town on the opening day of the season could have been a potential banana skin for Chelsea, but Maurizio Sarri’s side passed the test with flying colours.

Jorginho and N’Golo Kante were dominant in midfield and Sarri will have been delighted to see both get on the scoresheet.

The 59-year-old improved Napoli during each of his three years in charge and there is every reason to suspect he will repeat the trick at Stamford Bridge.

“To listen to Mourinho on the US tour was to hear a man stuck in a tiresome loop of high dudgeon”. That little snippet came from the Guardian’s Jamie Jackson in his match report for Manchester United’s 2-1 victory over Leicester City on Friday.

With the same news outlet having published Ed Woodward’s comments on the club’s reasons for not backing the Portuguese in the transfer window ahead of the game, it is no surprise that Jackson’s story was heavily laden with anti-Mourinho bias.

Given that Mourinho’s gripes about the club’s failure to bring in his chosen transfer targets are wholly justified, the only “tiresome” aspect in play here is the clear and obvious bias being shown towards the United boss.

City will take some stopping

Manchester City won last season’s Premier League title by 19-points and based on the comfortable nature of their 2-0 victory at Arsenal on Sunday they’ll take some stopping this time around.

With Raheem Sterling looking a completely different player to the one who came in for criticism at the World Cup and Riyad Mahrez seamlessly fitting into the side, City will be difficult to topple.

The result also showed the size of the task Unai Emery faces at Arsenal. They are a long way short of the quality needed to challenge for the title.

Tottenham youngsters could save the club a fortune

Spurs raised a few eyebrows by becoming the first club to not sign a single player in the transfer window, but the move could actually turn out to be genius.

Luke Amos had little time to impress after coming on as a late substitute in Saturday’s 2-1 victory at Newcastle United, but his introduction ahead of more experienced players highlights how much trust Mauricio Pochettino has in his youngsters.

With the likes of Oliver Skipp, Kyle Walker-Peters and Cameron Carter-Vickers also coming through, Spurs perhaps have more strength in depth than people give them credit for.