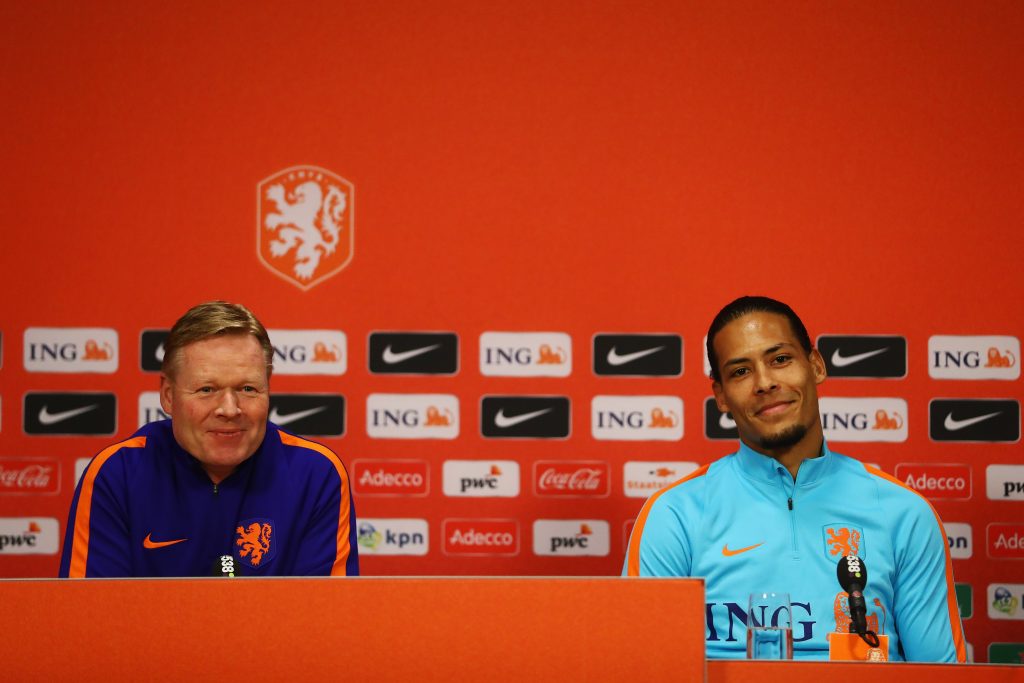 Barcelona have appointed Ronald Koeman as their new manager following the dismissal of Quique Setien, and Liverpool centre-back Virgil van Dijk has reacted thus by sending this message to the Dutchman:

All the best trainer! 🧡🇳🇱 pic.twitter.com/TfWdrovMB7

Koeman was in charge of The Netherlands national team until yesterday, leading them to the finals of the UEFA Nations League last year.

Van Dijk was a key part of the Dutch team and the captain under the new Barcelona boss, featuring in nine games for his country last year.

The Liverpool star will clearly miss working with Koeman at international level, and it will be interesting to see who replaces him in the role ahead of next summer’s European Championship.

Barca have been forced to make managerial changes following Friday’s 8-2 defeat at the hands of Bayern Munich in the quarterfinals of the Champions League, and the new boss will be keen to strengthen his squad.

While he would love to have a centre-back as Van Dijk in his team at Camp Nou, the Reds star won’t be leaving Anfield anytime soon having established himself as one of the best players in his position on the planet.

Liverpool midfielder Georginio Wijnaldum has been tipped to be linked with a Barcelona move following Koeman’s appointment, and it won’t come as a surprise if “VVD to Barca” rumours start to emerge.

With Ronald Koeman taking over at Barcelona, don't be surprised to see Gini Wijnaldum's name linked with a move to the Nou Camp amid his stuttering Liverpool contract talks. Koeman is a big fan #LFC pic.twitter.com/SaFUbvNx0v