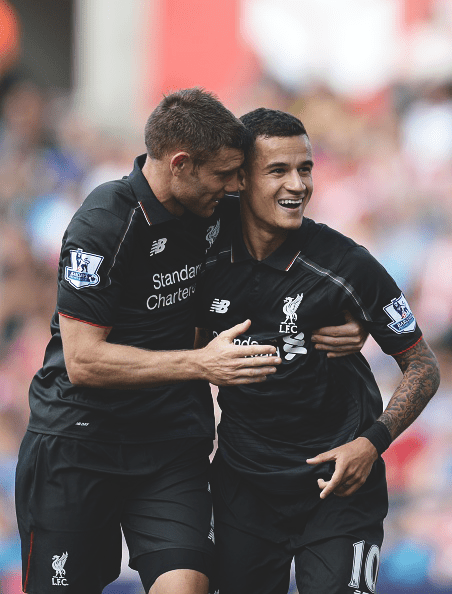 Brazilian World Cup winner Kaka believes Philippe Coutinho can be the player around which Liverpool can build their team.

The 33-year-old, who plays in the Major League Soccer with Orlando City, has tipped his compatriot Coutinho to be the cornerstone of the Reds as they aim to get back into the Champions League.

“One great player doesn’t make a team, but you can build a team around one great player, and I believe he [Coutinho] can be that player,” Kaka was quoted as saying by Liverpool’s official website.

Kaka is confident the 23-year-old can handle the pressure that comes with leading a big club with high expectations like Liverpool, and has expressed his admiration for the midfielder.

“There will be a lot of expectation on him with Liverpool fighting to get back into the Champions League, but I know that he can handle it.

“I have been a big admirer of Coutinho and he can be a very important player for Liverpool and Brazil,” he added.

This season, Liverpool are without the inspirational figure of Steven Gerrard, who departed the club earlier this summer to join Kaka in the MLS, and the former AC Milan and Real Madrid star feels Coutinho has the qualities to be a Gerrard-like inspiration for the Reds.

“Coutinho is a humble guy. He won’t talk about being able to replace a legend like Steven Gerrard, and the truth is nobody could ever replace him, but with Gerrard gone they do need somebody to step up – and he can do that,” said Kaka.

Coutinho’s brilliant 30-yard strike was the difference last weekend for Liverpool in their narrow 1-0 win over Stoke City at the Britannia Stadium. The Reds will hope for similar contributions from the Brazilian to lead them back into the Champions League places this season.