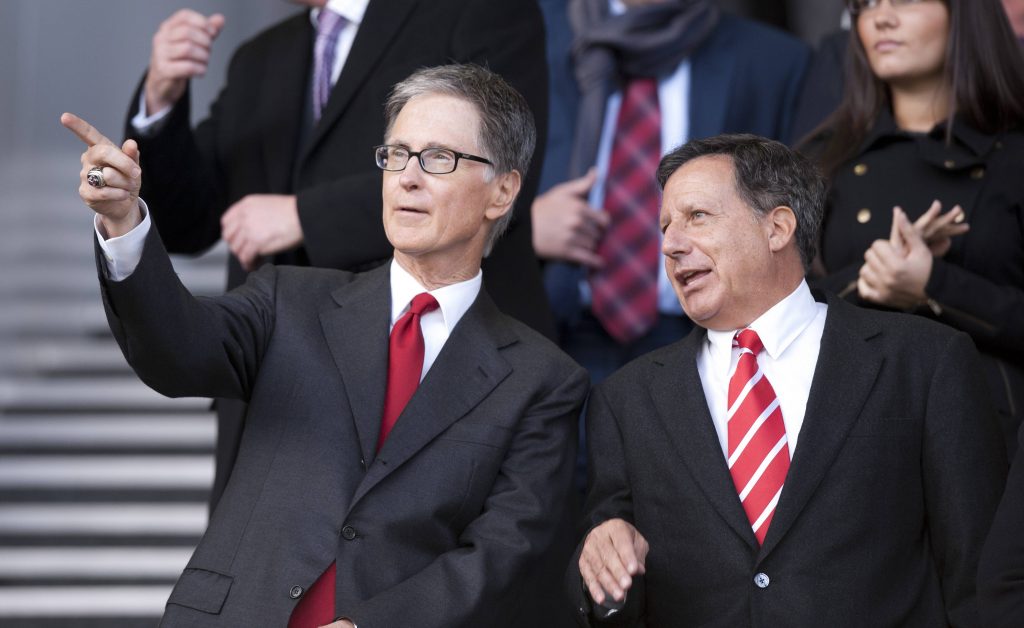 Speaking to talkSPORT, Newcastle United life president and former chairman Sir John Hall has insisted John W Henry and the Glazer family’s motives are purely financial – and not out of passion or love for the English game.

Quizzed by host Jim White on whether the likes of Henry and co ‘love their clubs’, Hall was damning in his response.

“I think the Americans came in years and years ago into the clubs, and they had a vision for soccer beyond what the UK had thought about it.

“They were looking at the clubs like a global brand. And if they got a backer for an idea- which they had got- they would have made millions out of it.”

Hall’s comments come after a rollercoaster week for football, which has seen plans for a European Super League put forward officially by 12 founding clubs, including the ‘Big Six’ from England – all of whom have since walked away from the proposal.

Fans, pundits, players and managers united in outrage at one of the most controversial ideas in modern football history.

The proposal was officially announced on Sunday evening, but the enraged reaction across the footballing world seems to already have the ESL on its last legs.

It has become clear that no communication was made with Ole Gunnar Solskjaer or Jurgen Klopp by their hierarchy. The fact that fans were completely disregarded in the proposal suggests Hall is spot on with his remarks.

The relationship between Liverpool and United fans and their club’s owners was already a strained one, and this week’s events have probably damaged it beyond repair.

Henry and the Glazer family are renowned for rarely showing up on matchdays to share the experience with fans, and the efforts to show they remain committed to their clubs have been minimal over the years.

Joel Glazer’s open letter to United supporters and Henry’s video apology are too little too late, simply acting as a reaction to the backlash received from their money-motivated scheme.

The power of fans voices has been highlighted this week, and the Liverpool and United faithful will now set their sights on pressurising their owners to step down.

They will seek replacements who will offer transparency and genuine intent to represent the interests of the club as a whole.