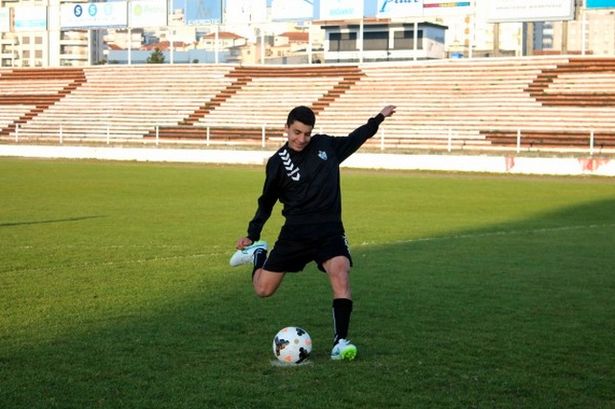 Liverpool have reached an agreement for 17-year-old Paulinho, according to the player’s club A.D. Sanguinenese. The Portuguese club have published a statement on their official website outlining the deal.

ESPN reports the youngster will now travel to Merseyside to finalise his contract and undergo a medical.

He will complete the reminder of the season with the Portuguese club before joining the Reds in the summer for the 2015-16 season.

Brendan Rodgers, the Liverpool manager, has always given the importance of developing young players from the academy. Raheem Sterling, Jordon Ibe, Jon Flangan et al are some of the young players who have made the senior grade in the side after progressing through the youth ranks.

Paulinho will join compatriot Joao Teixerira, another youngster signed by Liverpool, in the youth ranks, where Rodgers is looking to implement a new philosophy following Frank McParland’s departure from the club. Teixeira has impressed on loan at Brighton this season but his campaign prematurely ended by a broken leg.

Liverpool are currently fifth in the Premier League and are four points behind Manchester United, with only three games left to play.