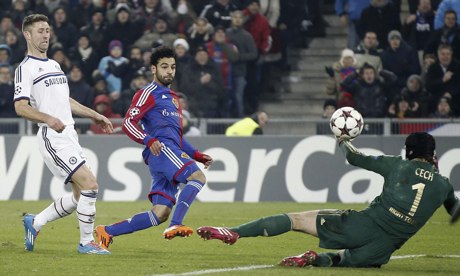 According to the Egyptian press, Liverpool have agreed a deal to sign Basel winger Mohamed Salah for a fee of £10m.

Salah, who has shot to prominence this season after a number of impressive performances for Swiss side Basel, has been strongly linked with a move to the Premier League in recent months, and now it seems Liverpool have managed to secure the player.

According to FilGoal, the 21-year-old is to fly to Liverpool to complete the deal, with the official announcement to be on either Wednesday or Thursday morning ‘at the latest’.

With no official word yet from Liverpool, we will have to wait patiently while the deal continues to be processed behind the scenes.

Judging on these latest reports however, we shouldn’t have to wait long.

What do you think? Excited about Salah’s potential arrival at Anfield? Let me know in the comments below…