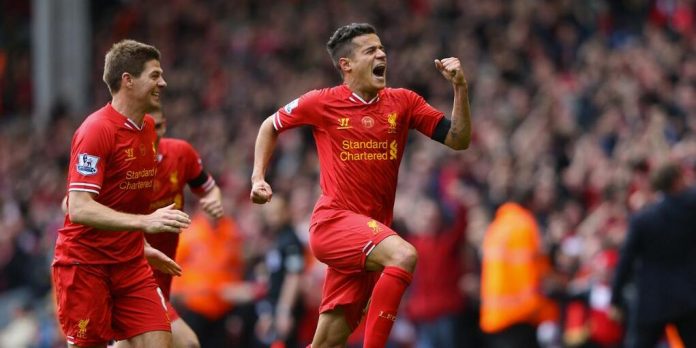 Liverpool beat Manchester City 3-2 in an exhilarating encounter at Anfield, with Brendan Rodgers side moving five points clear at the top of the table.

Liverpool were nothing short of sensational in an action packed first half, with Raheem Sterling and Martin Skrtel putting them two goals to the good, while City lost key player Yaya Toure to injury.

But City managed to turn the game on its head in the second half, and pulled themselves level, but Liverpool had the last laugh, with Coutinho lashing in late on to push Liverpool ever closer to a first Premier League title since 1990.

Check out the Soccerlens player ratings: 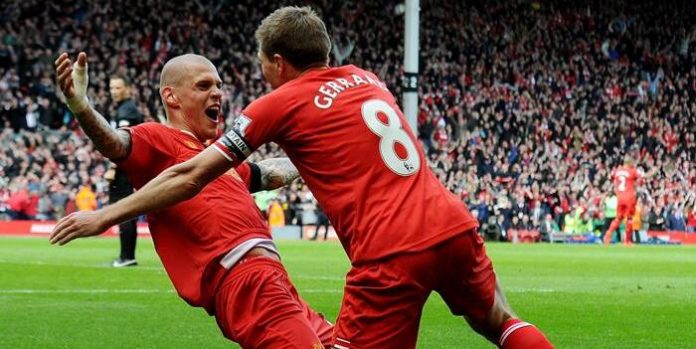 Some dodgey moments, but a good save from Fernandinho in the second half.

Not as effective going forward, and let City bomb down the right far too often.

Great goal, and a number of excellent interceptions.

Unconvincing, and will be looking over his shoulder at Daniel Agger, who will be pushing for a recall.

Joined attack well, and was strong in defence.

Decent delivery for the Skrtel goal, and worked hard throughout.

Had a wonderful passing range, and seemed to be everywhere. Late, late red card for a nasty challenge on Samir Nasri, and Liverpool will miss him in the run in.

Rather anonymous, but what an important goal for Liverpool. Could be a defining moment. Came off late for Victor Moses.

Dynamic with and without the ball, and scored a lovely goal in the opening minutes. Received a standing ovation when he came off late for Lucas.

Not his best outing. Made some wrong decisions and was not fully in the game. Came off wit an injury just after the hour for Joe Allen, who held the ball well.

Dangerous, as per usual, but was very riled up from the get-go. Lucky not to have been dismissed for a dive in the second half. 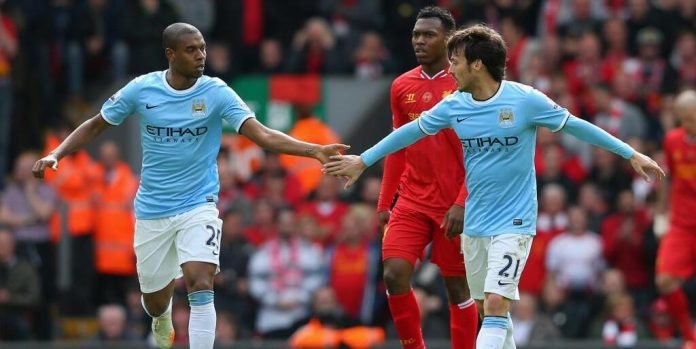 Conceded three, but made a good save to deny Steven Gerrard in the first half.

Solid, yet unspectacular. Hemmed back by the Liverpool tide in the first half, and couldn’t join attacks as much as usual.

Impressive from the much maligned defender. Stood up strong and made decent defensive decisions.

Let Skrtel get away from him for the second goal, and presented Coutinho with the winner after a poor clearance.

Not good, not bad from the Frenchman. A few decent interceptions, but generally struggled with the pace of the Liverpool attack.

Influenced the middle, and often strode forward with confidence. A little suspect defensively however.

Subbed off early on after suffering a groin injury. His replacement, Javi Garcia, was found wanting in the face of such a vibrant Liverpool attack.

Some nice touches, but no real penetration.

A second half of real quality from the diminutive Spaniard, scored one, ‘made’ the other, and could have got City a third late on. Wonderful.

Was he playing? Absolutely nothing from the Spaniard. Came off just before the hour for James Milner, who was instrumental in the initial City fightback

A bit bumbling from the Bosnian. Never looked likely to score. Came off for Sergio Aguero, who made little impact.

What do you think? Agree with the ratings? Will Liverpool win the league? Let me know in the comments below…