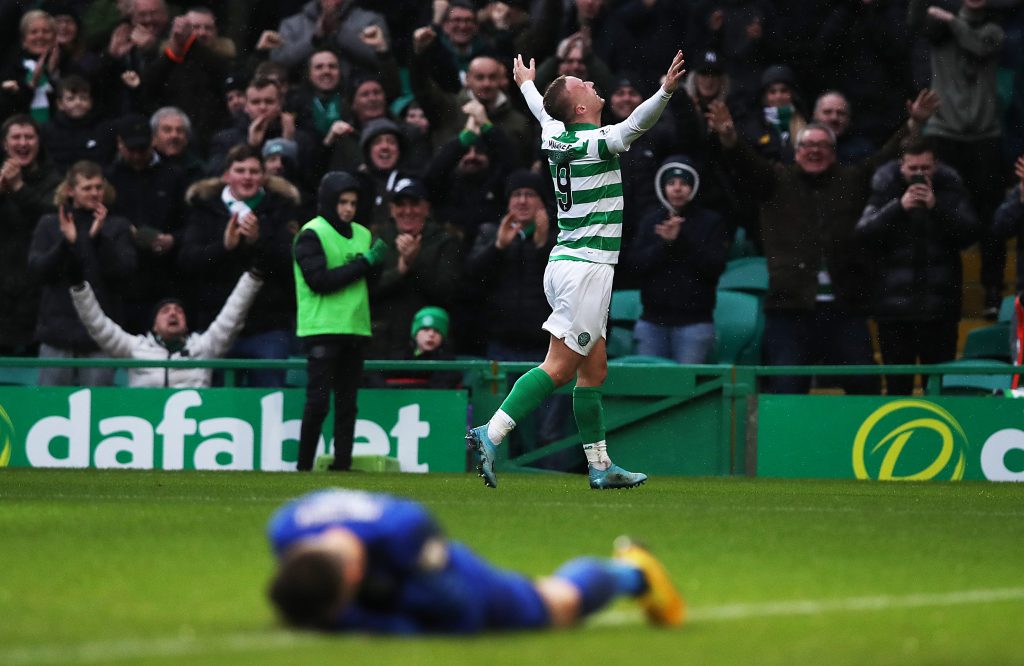 Celtic take on Rangers in their next game and star striker Leigh Griffiths has issued an emphatic claim ahead of the derby game.

When asked if he is ready for the clash, the 29-year-old striker claimed that he was born for the game and that he has never been beaten at Ibrox.

He said (cited by Daily Record): “Am I ready for Ibrox? I was born for Ibrox. I’ve never been beaten there with Celtic. I’ve started twice and scored twice with two victories. If the manager starts me – or has me on the bench to make an impact – I’ll be ready to go. I’m desperate to play in a game of that magnitude but it’s up to the gaffer. There will probably be 10 players just itching to get on the bench so he’s got a tough job. I’m not sure why Ibrox brings the best out in me. But it’s the same when I go to Tynecastle. It seems to be a place where people hate – and I thrive on that kind of pressure. These are the games you always want to play in, big derby games against your rivals.”

It will be interesting to see how Celtic approach the game. They are in the driver’s seat as far as the title race is concerned and they do not need a gung-ho approach.

They can contain the Rangers attack and hit Steven Gerrard’s men on the counter.

Rangers have been poor at the back in their recent outings and they will have to improve a lot against Celtic. They will be up against Edouard and Griffiths. Both players are in very good form and they will be desperate to punish the Ibrox defence.

The home side will have to pick up a win here in order to keep the title race alive. It will be interesting to see how Steven Gerrard’s men perform here.

They have delivered in the big games this season and they managed to beat Celtic earlier in the season.

Even if they fail to win the title, they will look to get one over their rivals next week.

Write this boy off at your Peril.. his comeback and desire to not be defeated is a testament of his character. 👏🏻🍀 pic.twitter.com/Juc4zF4NBb