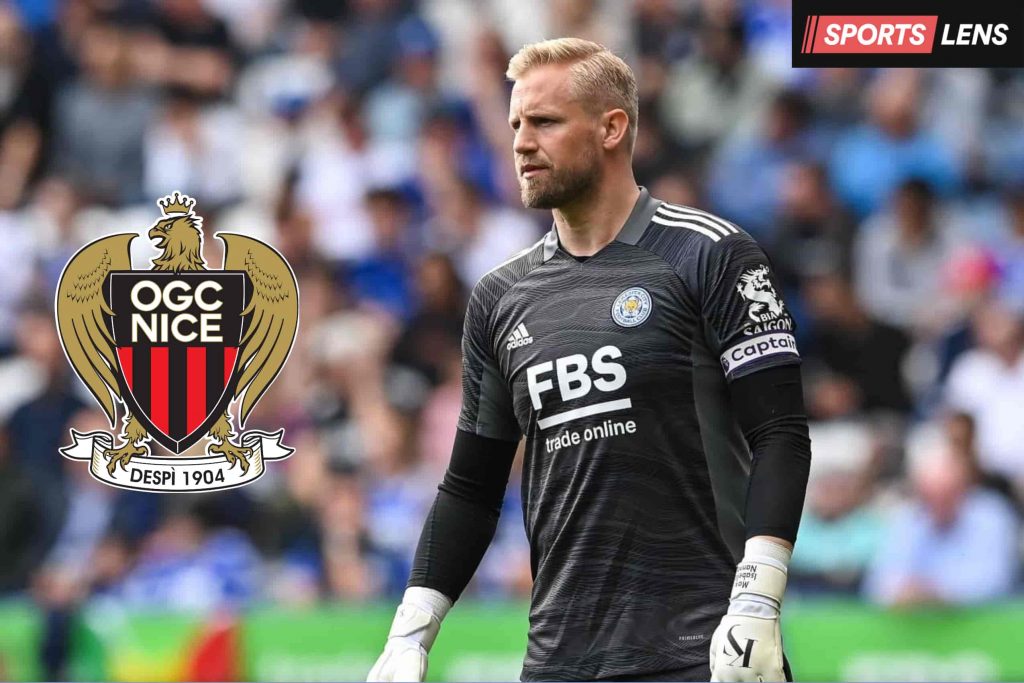 Leicester’s club captain Kasper Schmeichel is set for a medical with French club Nice this week following an agreement between the two clubs.

The 35-year-old has spent the majority of his playing career in the East Midlands after making the switch from Leeds United in 2011.

The Danish international has gone on to feature over 400 times for the Foxes, and was a mainstay as they stormed to a memorable Premier League title in 2016 before clinching the FA Cup during the 2020-21 season.

He will now undergo a medical in the next 48 hours before completing a move to the south of France, joining former Arsenal and Juventus midfielder Aaron Ramsey who also made the switch to Nice this week.

Kasper on his incredible 11 years at Leicester pic.twitter.com/dRUujDaTKw

Elsewhere, crucial first team players such as Wesley Fofana, Youri Tielemans and James Maddison have all been heavily linked with a move away from the King Power Stadium in recent weeks.

Manager Brendan Rodgers has insisted the club will not be ‘exploited’ by the larger clubs in the league, with Chelsea keen to test the waters over a transfer for Fofana, while Arsenal and Manchester United have both had initial proposals for Tielemans rejected.

While the club are keen to bring in reinforcements of their own, Leicester are the only club in Europe’s top five leagues yet to register a new signing. The lack of activity regarding incoming players has seen the fanbase grow increasingly frustrated, compounded by the incessant rumours linking their own players with the exit this summer.

Despite this, the club are holding strong in their valuations, recently rejecting an opening bid of £40M for James Maddison from Newcastle while a second is likely to be dismissed.

Furthermore, Arsenal are expected to make an improved bid for Youri Tielemans but it is thought at least £45m may be required to pry him to north London.

Why not take a look at our guide to the best football betting sites ahead of the return of the Premier League.