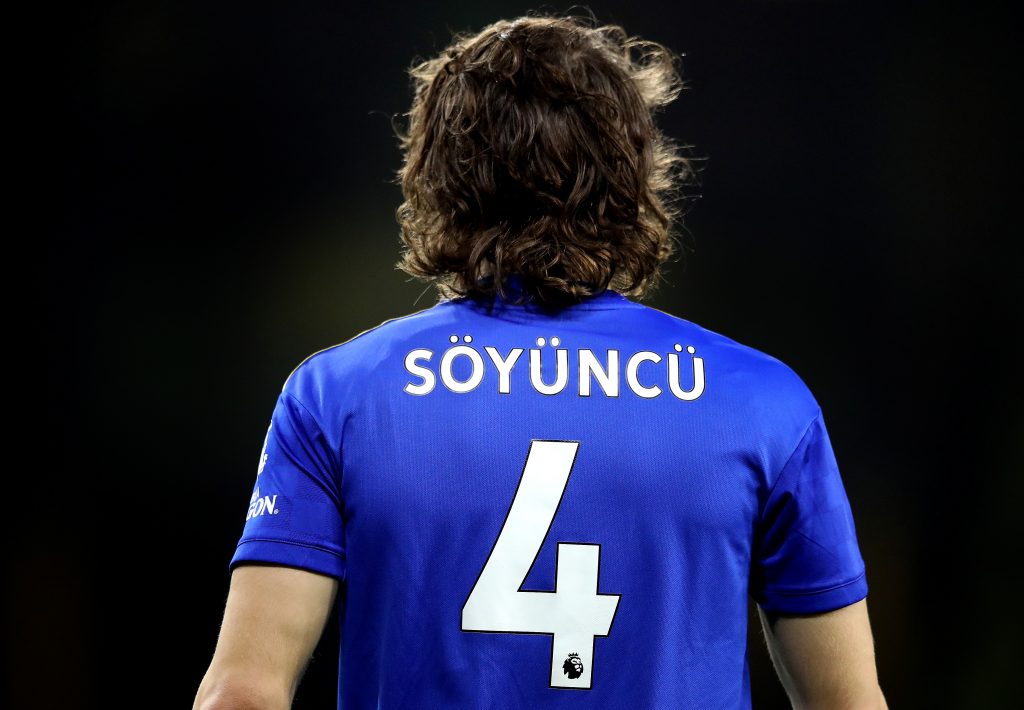 Leicester City defender Caglar Soyuncu has revealed that he is not keen on a move away from the club.

He has had a very good season with the Foxes so far and he has been linked with an exit. However, the player feels that now wouldn’t be the right time for him to move on and he needs to learn more.

He said (via Leicester Mercury): “I don’t think it would be right to go somewhere right now. I’m having a good season. Above all, I still have a lot to learn.”

The fans will certainly be delighted to hear these comments from their star defender. Soyuncu is undoubtedly the most talented centre back at the club and Rodgers will want to build his back four around the Turkish star.

Leicester City could play in the Champions League next season and there is no reason why Soyuncu should be tempted to leave.

He is well settled at the club and he is admired by the fans and the manager. Also, he is still only 23-year-old.

If he continues to develop as a player, the top clubs will keep coming for him in future as well. He will be able to play for an elite club when he is ready.

At this stage of his career, he should be focused on learning the game and playing every week. Judging by his recent comments, it seems like the defender has a good head on his shoulders.