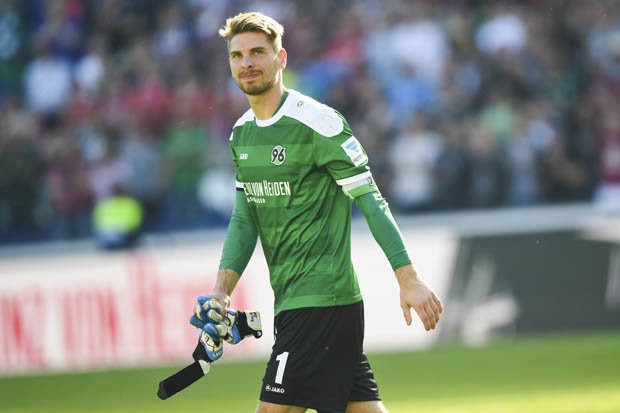 Leicester City have announced the signing of goalkeeper Robert Zieler from Bundesliga side Hannover 96 for an undisclosed fee.

The 27-year-old has penned a four-year deal with the Premier League champions and is expected to provide competition to the club’s first-choice goalkeeper Kasper Schmeichel.

“It feels great coming to Leicester and joining the club after they’ve had such a great season,” said Zieler.

“I’ve been shown around the training ground and it looks very good and I’ve been to the stadium – I heard about the great atmosphere and the great fans, so my first impression is very good.”

Zieler, who was included in Germany’s 2014 World Cup winning squad, has made over 200 appearances for Hannover and has six caps for the national side as well.

The German goalkeeper emerged from the youth academy of English giants Manchester United but failed to start a competitive match with the first-team squad, although the player was named as an unused substitute on several occasions by then Red Devils’ boss Sir Alex Ferguson.

Zieler will join his new Leicester City teammates for pre-season training in July, although the 27-year-old has already played alongside the current Leicester players Danny Drinkwater, Matty James, Danny Simpson and Ritchie De Laet during their time at Manchester United.