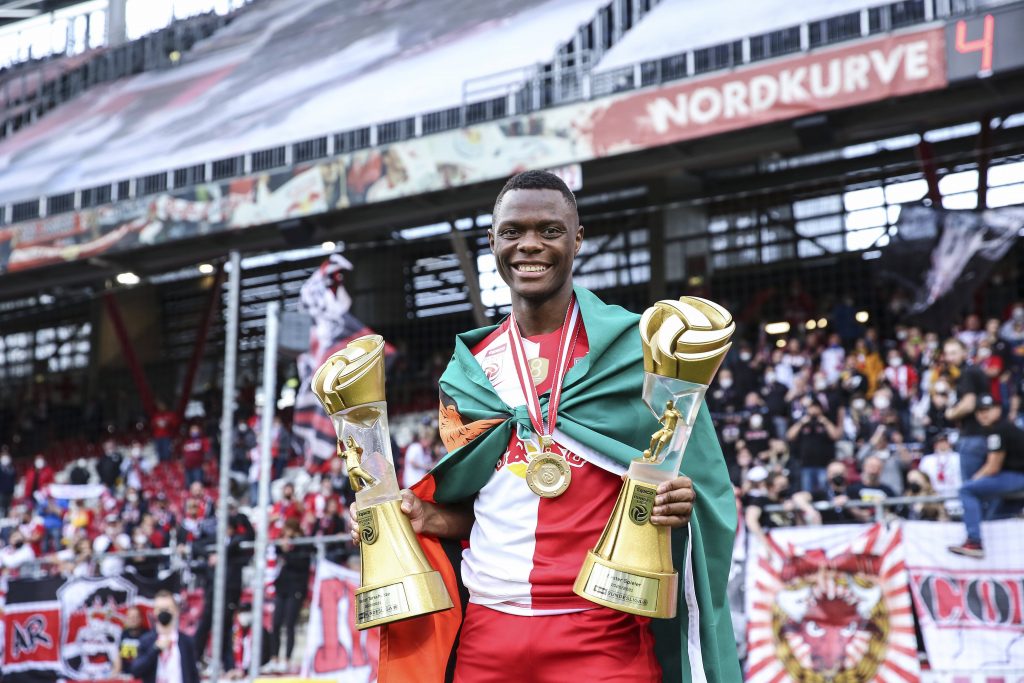 Leicester City have joined Liverpool and Chelsea in the race to sign Red Bull Salzburg striker Patson Daka this summer, The Express reports.

The Zambian had a superb 2020/21 campaign for Salzburg, registering 34 goals and 12 assists from 42 appearances in all competitions.

His progress has caught the eye of Liverpool and Chelsea, and the Foxes have become the latest team to join the pursuit of the 22-year-old.

It is suggested that Daka has a better chance of becoming a regular with the Foxes, who played regularly with a front two during the back end of last season.

Erling Braut Haaland made his mark with Salzburg before securing a move to Borussia Dortmund during the 2020 winter transfer window.

The Norwegian recently enhanced his reputation with a stunning 41-goal campaign. The eyes are now on Daka, who has made similar progress in Austria.

Kelechi Iheanacho’s excellent run of form kept the Foxes within reach of the top four until they fumbled on the final matchday of the league campaign.

Despite his showing, there are concerns about whether he can replicate the same next season, while Jamie Vardy is no longer in the prime of his career.

Daka would fit in perfectly as the main striker if he can quickly adapt to the league.

The report suggests that he could struggle to establish himself with Liverpool or Chelsea, but we don’t necessarily agree with that.

Roberto Firmino found form for the Reds in the final weeks, but he had a hugely disappointing return of just nine goals in 48 games.

Werner was equally disappointing for the Blues with just 12 goals from 52 appearances.

Both players came up with valuable assists, but their main task remains to find the back of the net for their respective clubs.

Daka could become the leader of the attack for either side if he can find his scoring boots and replicate the success at Salzburg.

Read: Arsenal to firm up their interest in Brighton’s Yves Bissouma.