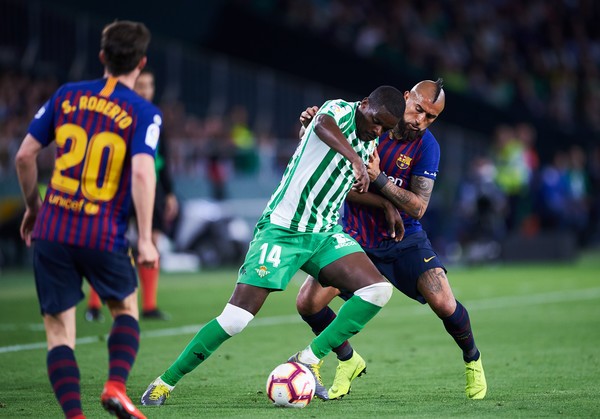 Leicester City are looking to sign the Portuguese midfielder William Carvalho this summer.

As per Spanish reports (via Marca), the Premier League side have identified Carvalho as their top target and they are prepared to invest big money on him.

They have also agreed on personal terms with the 28-year-old midfielder.

It will be interesting to see if Leicester can agree on a fee with Real Betis in the coming weeks now.

Carvalho has been linked with a Premier League move for years and it remains to be seen whether the move materialises this time.

At this stage of his career, Carvalho is experienced enough to adapt to English football quickly and make an immediate impact.

He would be a solid addition to Brendan Rodgers’ midfield next season. The Foxes already have Ndidi and Tielemans at their disposal and Carvalho will add a powerful presence and defensive protection to the side.

His arrival would allow the creative players at the club to play with more freedom. It would also improve the Foxes at the back.

It will be interesting to see if the Premier League side can pull this off. They could be in the Champions League next season and Leicester will need signings like these to cope at that level.