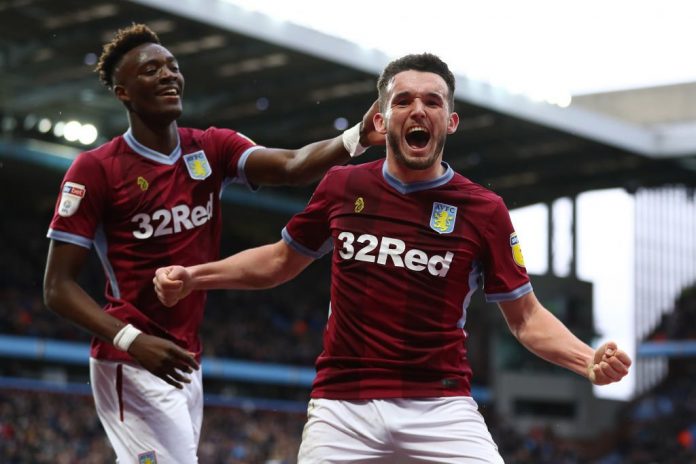 John McGinn scored in the Championship playoff final at Wembley as Aston Villa sealed promotion back to the Premier League. The 24-year-old has been a standout performer all season and played a decisive role in Monday’s 2-1 win over Derby County. Supporters hailed the midfielder on social media for his performance.

Super proud of SJM. Forever a Hibs legend and ready to take on the English Premiership with Villa ?

Yes!! El Ghazi and McGinn have been on another planet today!

Against Derby, McGinn played a full 90 minutes, made 47 touches, 18 passes with 72% accuracy, created three chances, made four tackles, one clearance, three dribbles, drew three fouls, had three shots and scored one goal. The Scottish international also won one aerial duel and had 100% accuracy rate from his crosses.

Since joining Villa from Hibernian last summer, McGinn has been one of the best midfielders in the Championship. He’s made 44 appearances in all competitions this season, scoring and creating 17 goals. The box-to-box player could be essential to keeping Villa in the Premier League next season, so Dean Smith can’t afford to lose him.

He took little time to become a fan favourite and wasn’t fazed in the playoff final. McGinn delivered an all-action display at both ends of the pitch and earned his reward with promotion.