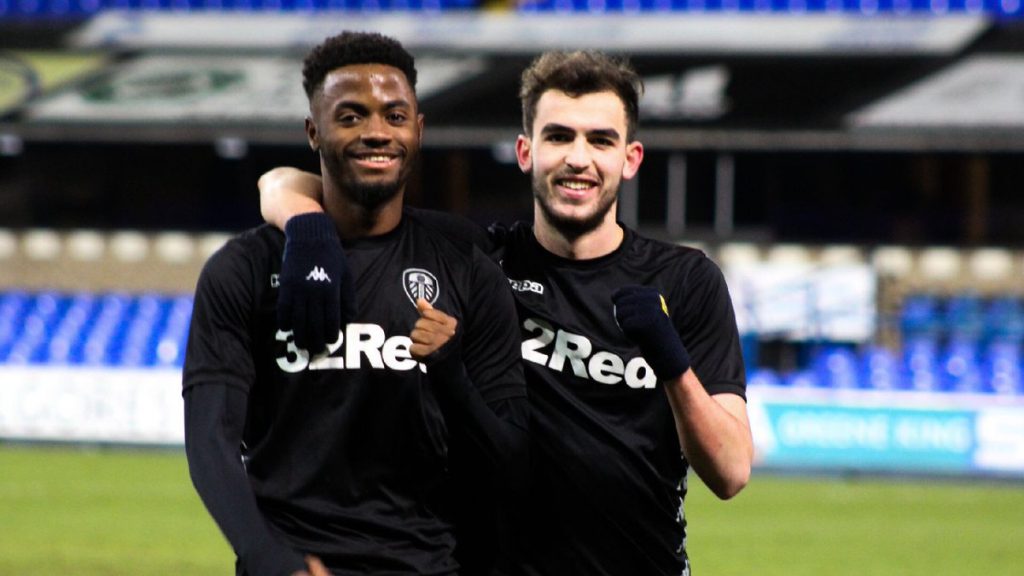 Leeds United’s Under-23 striker Sam Dalby stole the show as the Whites registered a 3-2 victory over Ipswich Town at Portman Road on Monday night.

Dalby is a highly rated young talent and he has done no harm to his growing reputation after bagging a brace against Ipswich.

The 18-year-old kept a cool head and smashed in with his left foot when the ball rebounded into his path after good work done by left-back Tyler Denton.

His second goal was even better. The youngster latched onto a loose ball and hit the ball low into the bottom left corner.

Dalby was signed by Leeds from Leyton Orient and he has been in excellent form in recent weeks. Alex Machuca netted the third goal for Leeds.

The Whites fans are getting a bit excited over the potential of the youngster with one fan hailing him as a “gem”, and many others demanding him to be given a run in the senior team.

It won’t be a bad idea given Leeds have nothing to play for till the end of the season, and Paul Heckingbottom has the luxury to experiment with young talents.

Recently, Jay-Roy Grot has been recalled to the first team after his impressive performance for the U-23 side, and it remains to be seen whether Heckingbottom does the same with Dalby as well.

Double scorer Dalby is replaced by Balboa with 11 minutes to go. Superb performance from Dalby. Hold up play looked great and ran the channels well. Looks like a gem #lufc

Sam Dalby is looking a decent signing. I suppose it it’s true what they say about the law of averages.

Can see why Sam Dalby has played First Team League Football for Leyton Orient, proper handful for defenders with his strength and brilliant finishing. Has a fair bit of pace too. Good 3-2 win that for U23’s. Well fought! #LUFC

That Sam Dalby looks a player. What’s to lose starting him over Ekuban who we’ve clearly seen isn’t up to much..

Sam Dalby scored 2 for Leeds u23s tonight.He looks really good, yet neither of the 2 managers we had this season thought he was better than Harrold or Mooney. Makes me sick. Were being run by donkeys atm #lofc