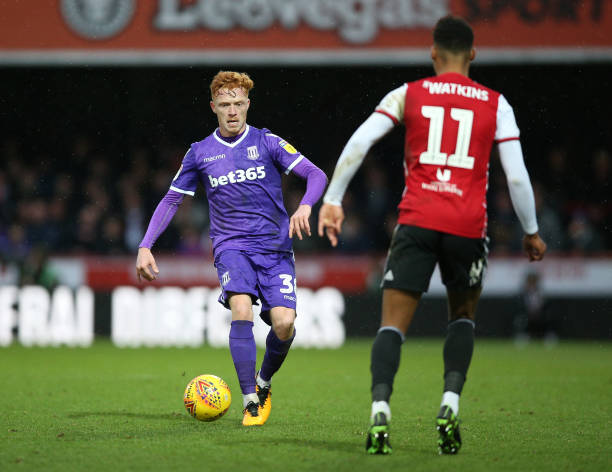 LEEDS. Making checks on Ryan Woods at STOKE in case VILLA batter down door for Kalvin Phillips. Phillips only gets out if he asks away.

The Leeds star is on the radar of Premier League side Aston Villa, and should he push for an exit, the Elland Road outfit won’t stop him.

Both sides are yet to agree on a fee, and with less than a month to the end of the summer transfer window, Marcelo Bielsa’s side are putting a contingency plan in place should Phillips leave.

Woods featured in 27 Championship games for the Potters last term, and Leeds reckon he has enough potential to blossom into a top player under the Argentine boss.

Some Whites’ fans share the same sentiment, and here is how they reacted to the reports on Twitter:

Sometimes it just doesn't workout with a club/player but I'm pretty sure there is an extremely good footballer in Ryan Woods. #scfc #lufc

Ryan Woods is a good player. Would like him at Leeds.

He is in no way a replacement for Phillips. #lufc #MOT https://t.co/CneKPR3atb

From what I’ve seen, a decent player but no Kalvin Phillips.

Wouldn’t necessarily expect Kalvin Phillips to leave #LUFC; but if he were to depart I think they should go for Ben Pearson rather than Ryan Woods. It’s so important they have a ball-winner in there to enforce the press and allow them to incorporate x2 “false #10s” in same XI. https://t.co/RVJvl1pdrl

Kalvin our ‘must keep’ and Ryan Woods, no thanks

The 25-year-old brings versatility to the table as he is also able to play at both right and left-back.

He was named in Four Four Two as one of the 10 best young players in the Football League in 2015.

Leeds will be gutted to lose Phillips, but the Potters midfielder can prove to be a perfect replacement in the end if a move is sealed for him.