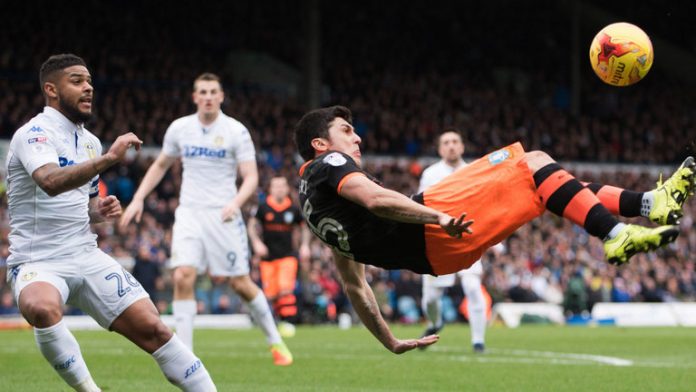 Leeds United face Sheffield Wednesday on Saturday in a battle of two of the biggest underachievers in the Championship.

United have won just once in six matches under new manager Paul Heckingbottom and are currently 13th in the table, while Wednesday are down in 18th having won just one of their last 11 matches.

Sky Sports‘ pundit David Prutton played for both sides during his career and he has tipped Leeds to secure a 2-1 success this weekend (15/2 with Sky Bet).

“Wednesday need to ensure they aren’t dragged into a very late-season relegation fight,” he said.

“With Leeds you feel that it’s more about Paul Heckingbottom being able to assess how good his squad is between now and the end of the season.

“I think Leeds will come out on top here, but both clubs need to do better.”

Both clubs had high hopes of promotion at the start of the season and it’s fair to say their campaigns haven’t panned out as they would have hoped.