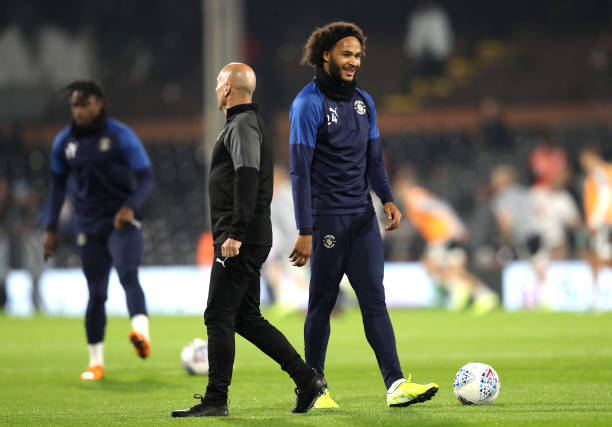 Leeds United resume Championship action with a visit to struggling Luton Town on Saturday, and Marcelo Bielsa’s men will hope to maintain an impressive form that saw them head into the international break on the back of three wins and two draws in five league games.

The Elland Road outfit are currently third in the table, two points behind leaders West Bromwich Albion, but they can’t afford to underestimate Luton due to the form of one of their former players.

The 21st-placed team have won just four games this season, losing 10 and drawing twice, but they have a player capable of producing magic in Chelsea loanee Isaiah Brown.

The 22-year-old has assisted five goals this term, and he will be eager to make a statement of intent on Saturday after his disastrous loan spell at Leeds last term.

Brown made just two appearances for Bielsa’s side, with injuries and stiff competition for places limiting his playing chances.

However, the Argentine boss has admitted that Brown’s failure to perform at Elland Road was a mistake of his and he has expressed his delight at the midfielder’s current form.

Bielsa on Izzy Brown's good form at Luton: "I'm happy about that. He was with us and he had very good behaviour here. He's showing a level he didn't show with us. I consider this a mistake of mine. At Luton he is able to compete to play matches. We couldn't give him this."