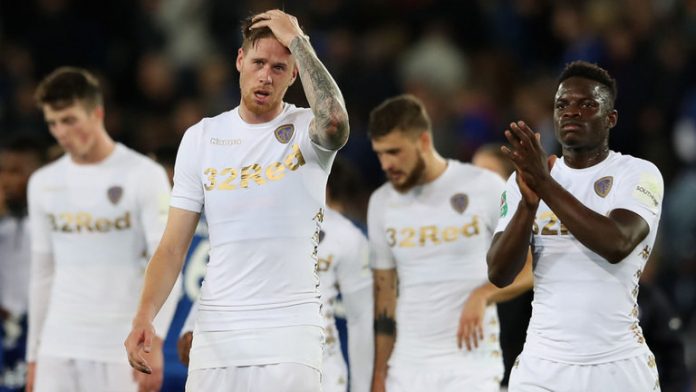 Leeds United host Bristol City on Sunday aiming to force their way back into the Championship promotion race.

The home side head into the game 11th in the table, eight points behind the Robins who are currently in the final play-off place.

Leeds triumphed 3-0 at Ashton Gate earlier in the season, but former midfielder David Prutton doesn’t think they will complete the double.

“Leeds’ win at Ashton Gate was arguably their best performance of the season,” he told Sky Sports.

“The problem for Thomas Christiansen was that result came in between three defeats on either side, and that’s one of the reasons that Paul Heckingbottom is now in charge.

“The former Barnsley man didn’t get off to the best of starts at Sheffield United last week, and will hope to get up and running in his first home game. Bristol City remain one of the toughest sides in the division this season and I think this will be an entertaining draw.”

Prutton has predicted a 2-2 draw with Leeds’ striker Pierre-Michel Lasogga to score the first goal (60/1 with Sky Bet), but there are reasons to believe the Whites can return to form on Sunday.

City have won just once in their last seven league games and blew a 3-0 lead to draw 3-3 against lowly Sunderland last weekend.

Leeds have lost just one of their last 11 meetings with the Robins and with games beginning to run out this is a fixture they simply must win if they’re to get back into the promotion race.

A home win is priced at 6/4 and that looks a tempting wager.