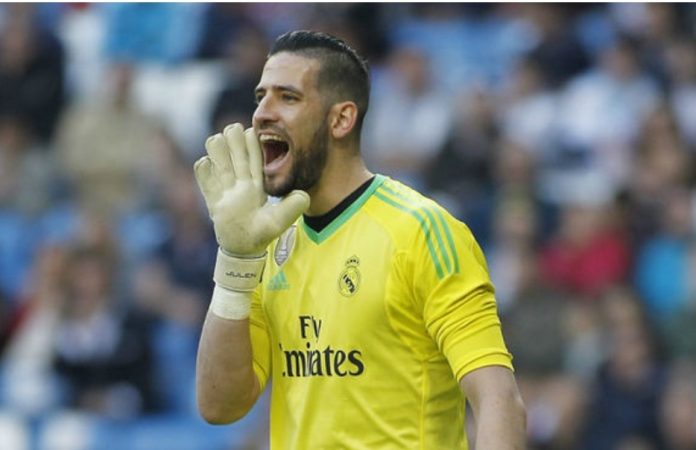 Leeds United are in talks with Real Madrid in an audacious attempt to sign goalkeeper Kiko Casilla, according to Sky Sports.

The 32-year-old came through the youth-ranks for the European Champions, before moving to Espanyol without featuring for the first-team. Loan spells at Cadiz and Cartenega followed, before he became first-choice for The White and Blue.

In 2015, Casilla returned to the Bernabeu for a fee of  €6m. Playing a bit-part as an understudy for Keylor Navas, Casilla has been involved in Real’s three Champions League successes, and also featured on eleven occasions during the club’s 2016/17 La Liga title victory.

The arrival of Thibaut Courtois has forced Casilla down the pecking order. leabing him without any appearances this season.

Leeds number one Bailey Peacock-Farrell, has not had any competition since Jamal Blackman suffered a broken tibia in November.

Casilla would be great competition as Leeds edge closer to a Promotion. The whites currently sit five points clear at the top of the Championship. Success would see United back in the top-flight for the first time since 2004.

Casilla has 18-months left to run on his contract. With Real unlikely to offer an extension, the Spanish giants may look to sell this month, with the intention of recouping on their investment.