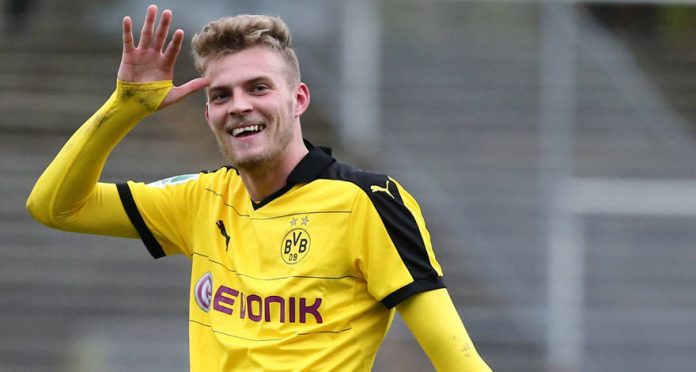 Leeds United need to improve their squad when the transfer window opens in January and it seems that Christiansen is lining up a move for Marvin Ducksch.

The highly talented German is a leading star in Bundesliga Two and he would certainly add goals to Christiansen’s team.

The 23-year-old is in superb form right now and he has already scored 11 goals this season. The towering forward would be an immediate upgrade on Pierre-Michel Lasogga.

The Whites are looking at the RB Salzburg forward Moanes Dabour as well but Ducksch is thought to be their number one target.

As per Daily Mail, Leeds representatives watched the German in action last Saturday.

Ducksch has represented his country at the U18 level and Leeds would do well to secure his services in January. The 6ft 3in striker would add some much-needed presence up top. Apart from being a poacher, he could operate as the target man as well.

Leeds have lost eight of their last 10 games and are 10th in the league table. Christiansen needs to lift the spirits around the dressing room and a signing like Ducksch could work wonders.