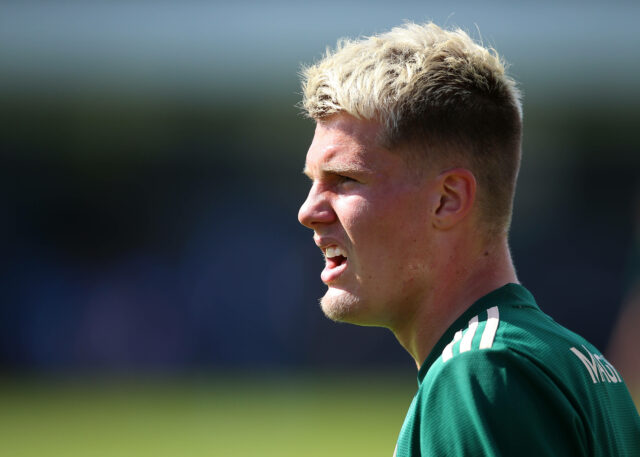 Leeds United are in advanced talks to sign Celtic youngster Leo Hjelde, according to Football Insider.

The Athletic journalist Phil Hay claimed earlier this week that Leeds are looking at two defenders from Celtic – Matthew Anderson and Hjelde.

The Whites, who have already signed Lewis Bate from Chelsea, are persisting in forming a junior pool in several positions who could make the grade in Marcelo Bielsa’s team in the future.

Leeds are in advanced talks to sign Celtic’s rising star and are working on a deal to sign the 17-year-old. He is very keen on joining the Yorkshire outfit.

Discussions with Hjelde are progressing well, and there is growing confidence that a deal will be struck soon.

He is out of contract at Parkhead next summer. Leeds have courted him for some time, and they feel he has got immense potential.

If the youngster joins the club, he would become their sixth summer signing. Along with Bate, he is likely to join the academy ranks.

Meanwhile, Leeds are keen to sign a central midfielder for the senior team and have earmarked Conor Gallagher as one of their targets.

Crystal Palace are also keen to sign the Chelsea midfielder, but Leeds have already made an approach to sign the 21-year-old on loan.