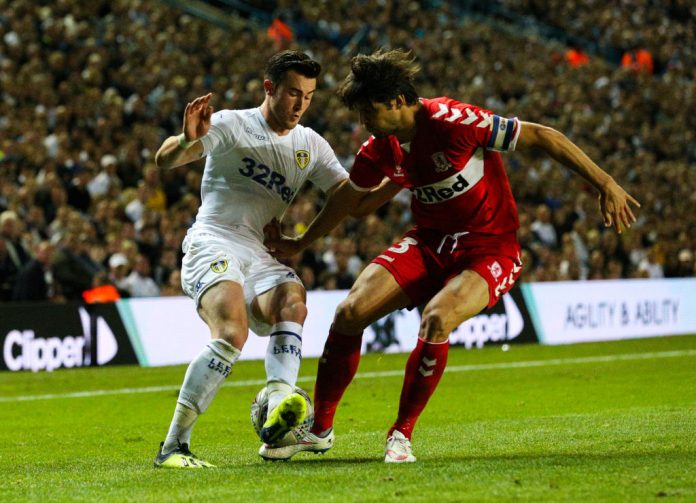 Leeds United rescued a point against Middlesbrough in the dying minutes of the game earlier today.

Kalvin Phillips scored deep into injury time to secure a draw for his side. Lewis Wing had given Boro the lead early on in the second half.

The away side took advantage of the 12-minute extra time which was awarded because of Jack Clarke’s injury. The 18-year-old had to be carried off the pitch on a stretcher as he was feeling unwell.

The draw leaves Leeds United at the top of the table but the likes of Norwich can overtake them with a win.

Bielsa won’t be too happy with the performances of his players.

The likes of Klich and Harrison failed to impress once again and it will be interesting to see if they are dropping in the upcoming game.

Jack Harrison in particular has been quite disappointing lately and a spell out of the starting lineup could be good for him.

Leeds fans were unhappy with his showing today and they took to Twitter to share their reactions.

We look clueless. And I still do not understand why Bielsa persists with Jack Harrison. #lufc

Jack Harrison can fuck the fuck off. Such a frustrating player. #lufc

Jack Harrison is just Hadi Sacko without the pace

What does Jack Harrison offer this team? He can’t cross, he can’t pass? He makes the game so complicated for himself when running with the ball

I know we’re relatively happy because we got a point, but I need to say this… Jack Harrison is awful. Absolutely awful!

What has Jack Harrison got on Bielsa? #lufc