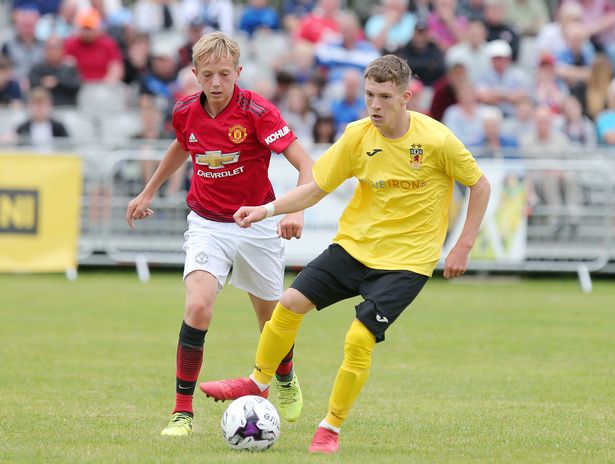 Leeds United are interested in signing the Linfield starlet Charlie Allen this summer.

The 16-year-old midfielder/attacker is highly rated and he is being monitored by the likes of Liverpool, Chelsea, Tottenham and Rangers as well.

The report from Yorkshire Evening Post claims that Leeds are confident of beating the top clubs to the signature of the attacker. The Championship giants believe that they have a good chance of landing Allen.

It will be interesting to see if they can secure the transfer soon.

Allen has a big future ahead of him and he is a mercurial talent. Signing him now could end up saving millions in future for Leeds United.

The likes of Liverpool, Chelsea and Spurs will have more resources than the Whites but Leeds could promise the player a quicker and simpler path to the first team.

Allen is unlikely to break into the first-team scene at Liverpool, Chelsea of Tottenham anytime soon.

It will be interesting to see where the talented young attacker ends up this summer.

Allen has been compared to Chelsea’s Billy Gilmour in terms of his game intelligence. Someone like Marcelo Bielsa could nurture him into a first team star in future.