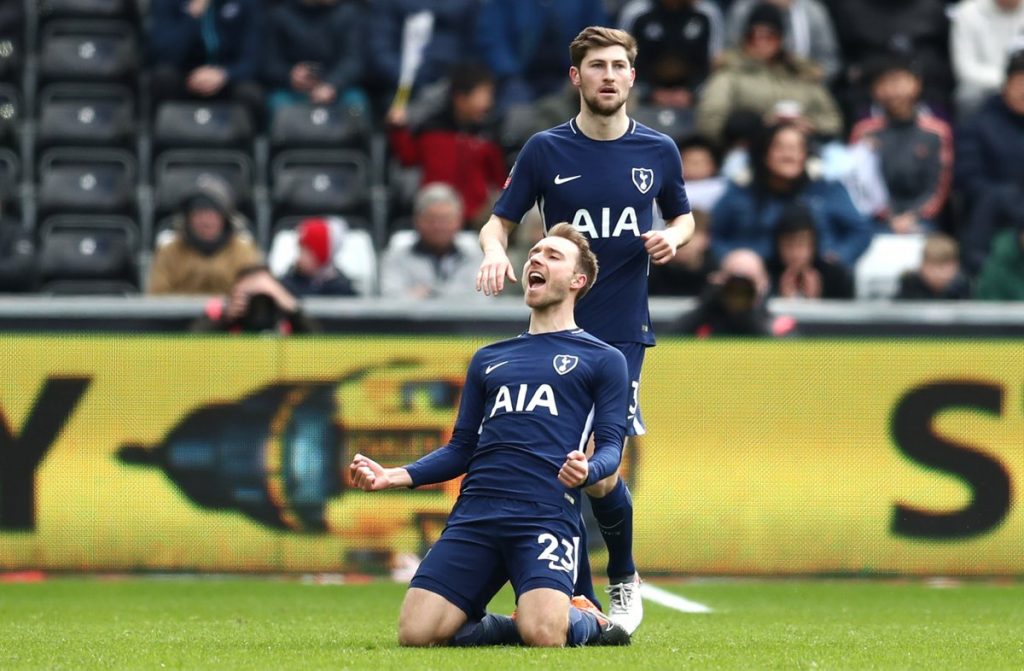 Tottenham Hotspur booked their place in the semifinals of the FA Cup after beating Swansea City 3-0 on Saturday at the Liberty Stadium.

It was a complete dominance from Mauricio Pochettino’s side and Spurs will have an upper hand now as they will play the semi final at their temporary home ground, Wembley.

After the match, Spurs legend Osvaldo Ardiles took to social networking site Twitter to express his reaction. He said it was a “superb and very convincing” performance from the side.

Superb and very convincing performance from @SpursOfficial . All the team of course but particularly our midfield, outstanding. Big big congratulations to MP and the boys. Semifinal now at Wembley. COYS COYS COYS

Another club hero, Ledley King also expressed his reaction on the same social networking platform. He hailed the victory as a “great team performance” and said no one will want to face them in the semi final.

Great performance today lads??some good teams left but no one will want to draw us.

Christian Eriksen scored twice while Erik Lamela added another to give Spurs a comfortable win at the Liberty.

However, it is not just goals that would have pleased Pochettino, but the way they dominated the game throughout was more satisfactory.

Spurs enjoyed 75% of possession in the match, attempted 25 shots and kept 11 shots on target, according to BBC Sport.