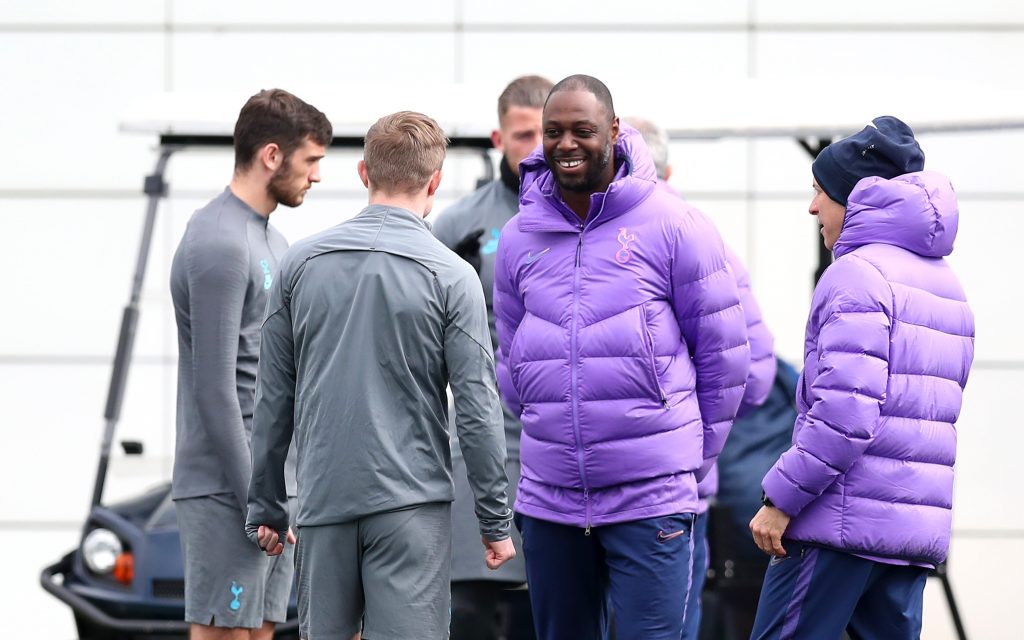 Tottenham Hotspur produced an attacking masterclass yesterday at Old Trafford against Manchester United, putting six goals past the hosts despite conceding barely less than two minutes into the game.

It was their biggest win since head coach Jose Mourinho arrived last November, and it would have left the Portuguese delighted as he got one over his former side.

Former Spurs centre-backs Ledley King and Jan Vertonghen were also more than excited with the result, taking to Twitter to react thus after the Red Devils were destroyed:

Amazing performance from the team today 🔥🔥Had me on side line like this #COYS pic.twitter.com/uSEMMNQv54

The Belgium international could have wished for a minute that he was still at Tottenham just to have played in that game alone.

While Tottenham’s attack were top of their game, the defence also put in an impressive shift that surely left King proud of his work.

The club’s former captain was appointed as assistant first-team coach to work alongside Mourinho and other coaching staff in August, specifically brought in to help the defenders, and it appears that his work with them is paying off.

Spurs will resume action with a clash with West Ham United after the international break, and they will be keen to continue where they left off.