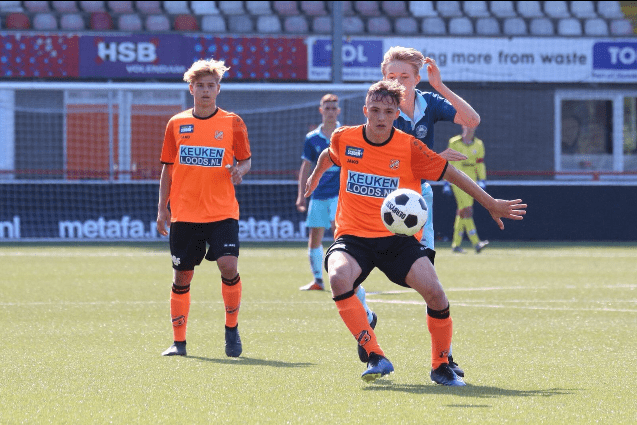 According to The Sun, Sam Lautenschutz is on the radar of Chelsea and Manchester City, with a ‘decision on his future expected next month’. The highly-rated FC Volendam midfielder, who has also attracted the interest of Ajax, Manchester City, Tottenham Hotspur and Leicester City, has featured for the u17s and looks to have a bright future in football.

Chelsea are reportedly leading the chase for his signature and are trying to continue developing the best young talent available. The Blues have been criticised for some time for not having a clear pathway from youth football to the first-team, but the hierarchy are still looking to bring the teenager to Stamford Bridge.

Manchester City could throw a spanner in the works. The current Premier League leaders have also been linked with Lautenschutz and could be more of a lure with a manager like Pep Guardiola at the helm. The Spanish coach is renowned for developing young talent and won the title last season with 100 points.

Tottenham are also reportedly keen, but the Londoners didn’t make a permanent signing in the summer so it’s unknown how focused they are on adding youth players to their squad. Leicester might not be able to convince a player to turn down Man City to arrive at the King Power Stadium so they could miss out on his signing too.