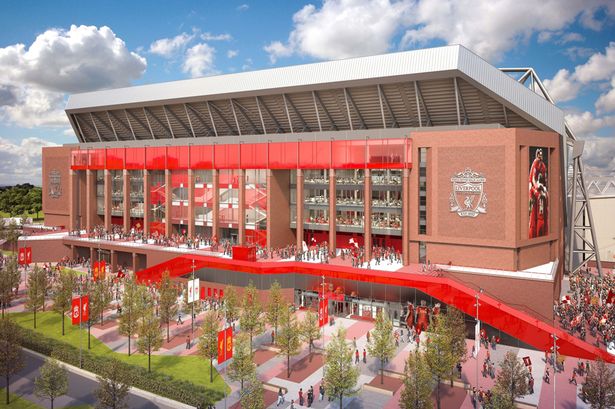 The club’s chief commercial officer Billy Hogan confirmed the Reds will seek to preserve the traditonal values of the club while developing their iconic stadium.

The new 21,000 seater stand is expected to be completed in two years’ time and represents a chance to bring in a partner to take “a significant seat at that table.”

Hogan said to IBT via Liverpool Echo: “It is something that we take into consideration with every partnership that we have. We are very conscious of trying to protect that and improve that matchday experience.

“A lot of attention has been paid to create a new stand but one that looks like it’s always been there. There are realities of the world we live in and we are looking for new revenue opportunities. This gives us the chance to bring in a partner to take a significant seat at the table.”

Good news Liverpool fans! The Reds are on the brink of starting their Anfield expansion works, as they look to take gigantic step towards competing with European elites.

The club have confirmed on their official website that the expansion will take the capacity to around 54,000, with the major increase coming from a new and renovated Main Stand, which will see 8500 seats added to it.

The statement on the website has also confirmed that the project will begin early next year and be completed by the 2016-17 campaign. Liverpool’s home matches during this period will not be shifted elsewhere and will be continued to be played at Anfield.

The scheme will also include a two-storey podium which will become the new home for the Hillsborough Memorial, while the iconic Shankly Gates will also be repositioned as part of the new designs.

Yesterday, it was reported by Ed Malyon from The Mirror that Liverpool Football Club will begin the construction to expand Anfield on Monday, after resolving the last of the issues acting as an impediment. The club have purchased the final house around the current stadium’s periphery, allowing them to take the expansion procedure forward.

Anfield currently holds 45,500 people, but the £100 million expansion programme will see the capacity increased to around 59,000. The club have now confirmed that the number will rise, not to 59,000, but to 54,000. The projection is expected to be completed by the beginning of the 2016-17 campaign and will enable the club to vastly increase their matchday revenue via ticket sales.

Majority of this capacity increase will be a result of a renovated Main Stand. 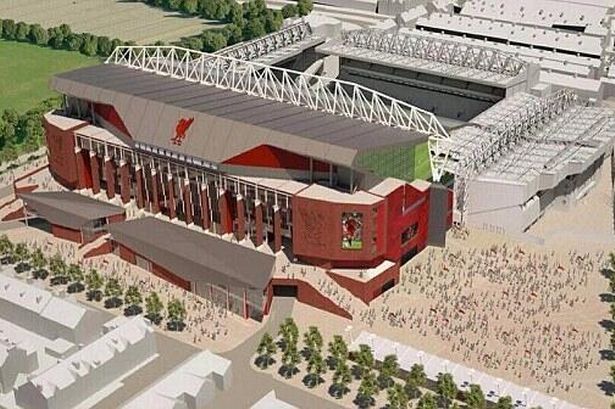 This comes after owner John Henry, who took over the club in September, 2013, rejected the idea of Liverpool leaving Anfield to move to a newly-built larger stadium.

In 2002, there had been a proposition of a new 60,000-seater stadium known as Stanley Park to be built, but the project could not be carried out following the 2008 economic crisis, which affected the then-owners Goerge Gillett and Tom Hicks severely. With the £500 million estimated for the project unavailable, it wasn’t carried forward.

Henry preferred to stay at Anfield, citing the electrifying atmosphere of the Kop as a major reason. A renovation will therefore serve both the purposes of a larger capacity stadium and staying at the current location.