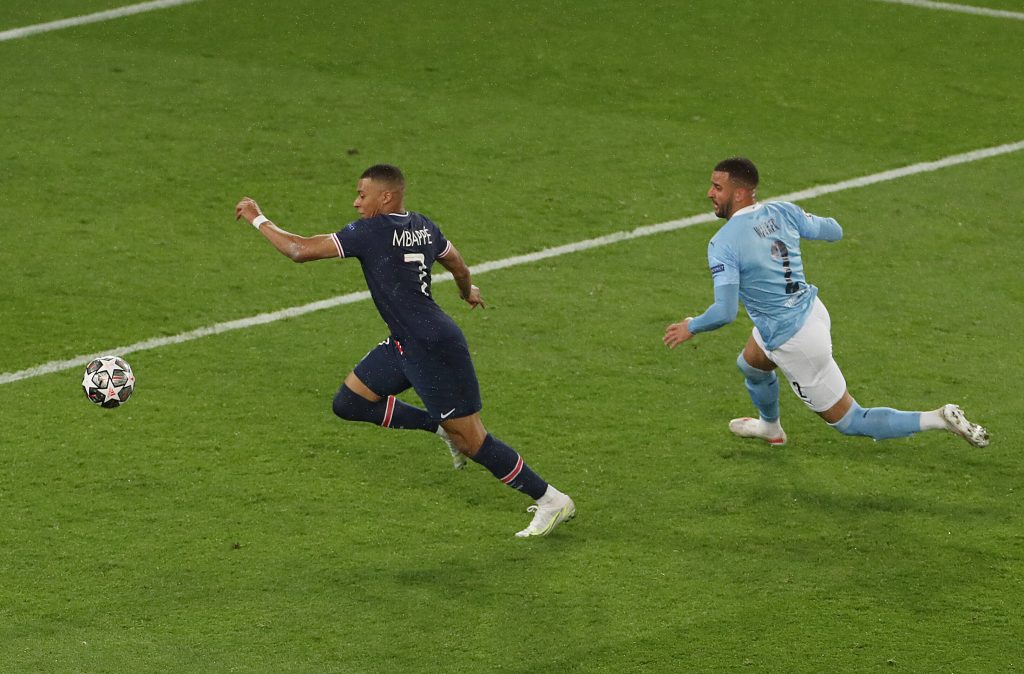 Paris Saint-Germain forward Kylian Mbappe is one of the fastest footballers on the planet, and it is normal for him to admire that quality in other players.

The France international has showered praise on Manchester City right-back Kyle Walker, raving about his explosive pace in an interview with Football France.

Mbappe experienced the speed of the England international first hand when Man City and PSG met in the first leg of last season’s Champions League semi-finals, and he definitely met his match in Walker.

“There are also players less explosive from a standing start like Kyle Walker at Manchester City,” the youngster told the French magazine.

“He is like a tank once he hits his speed once he gets into it.”

Walker’s pace has been crucial to Man City’s style of play under manager Pep Guardiola, and he does not appear to be slowing down despite being 31-years-old.

French publication Le Figaro included the full-back in their list of the fastest 10 players a year ago, with the City star clocking 35.21 km/h – the second quickest recorded in the Premier League.

While Walker’s defensive displays have often been criticised, he makes up for what he lacks with his frightening pace up and down the right wing.

England manager Gareth Southgate will be relying on that quality and the defender’s versatility during the European Championship.

The Three Lions kick off Euro 2020 with a clash against Croatia on Sunday and will be looking to win the tournament.