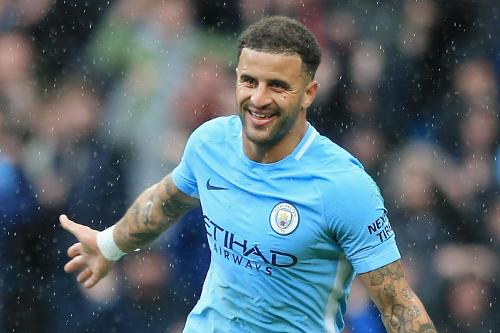 Liverpool will face Premier League leaders Manchester City in the Champions League two-legged Quarter final clash after the draw was made on Friday.

The Reds defeated Porto in the Round of 16 clash, while Manchester City won against Basel in their respective tie.

Manchester City defender Kyle Walker has taken to social networking site Twitter to express his reaction after the draw was announced. He tweeted:

In the Premier League, City defeated Liverpool 5-0 at the Etihad Stadium in September. In the return fixture, Liverpool won 4-3 at Anfield.

So, this game is expected to be a cracker as the two sides are known for playing an attacking brand of football.

Jurgen Klopp has beaten Pep Guardiola on five different occasions in all competitions, but Guardiola is a Champions League winner and surely the tactical battles between the two great managers will be a treat to watch.

Buh at least Citizen will get a chance to inflict a revenge on the Reds #final showdown of top english teams before the season comes to an ends am looking foward to it pic.twitter.com/80b5KO67Bo

Catch him if you can pic.twitter.com/dtRvLooflw