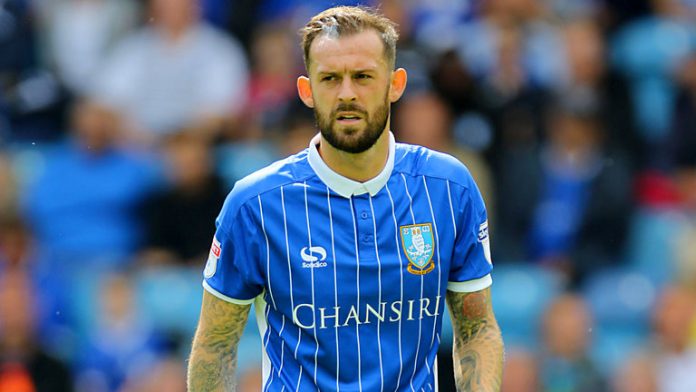 Celtic boss Brendan Rodgers has admitted recently that he needs at least one striker in January, if not two, as he looks to bolster his attacking department.

Celtic sold Moussa Dembele to Lyon on deadline day, and furthermore, suffered a massive blow after Leigh Griffiths was granted a leave of absence for an indefinite period of time. On top of that, Odsonne Edouard, Celtic’s only available striker, has picked up an injury against Motherwell, and will be assessed in the next 24 hours.

Former Rangers player Kevin Thomson has suggested that Celtic should move for Steven Fletcher in January. The 31-year-old Scotland international plays for Sheffield Wednesday where he is on £30k-a-week wages.

Thomson – who played with Fletcher at Hibs – feels that the former Sunderland striker would be a good signing for the Bhoys.

Thomson told BT Sport: “I wonder if Steven Fletcher could potentially be a name that could excite Brendan Rodgers.

“I think he’s a top player, he would score goals. I think the way Celtic play as well, having young legs in midfield now.

“He would certainly give that team a platform. I don’t think he’s going to run in behind now, but he’d certainly link the midfield to front. He’s had a terrific career and I’m pretty sure Brendan will know a lot about Steven Fletcher.”

Celtic, however, should reject such ideas. He has scored only three goals in 21 games for the Championship club this season, and he is not the right profile of player Rodgers should be looking at.

Yes, he has plenty of experience, but right now, Celtic need a striker with either a) bundles of potential – such as Dominic Solanke or b) players that are in red hot form – such as Tammy Abraham or Fran Sol.

Given the form he is in, there is hardly anything to suggest that Fletcher will score goals in abundance if he moves to Glasgow.

Do you think Celtic should move for Fletcher? Have your say below…