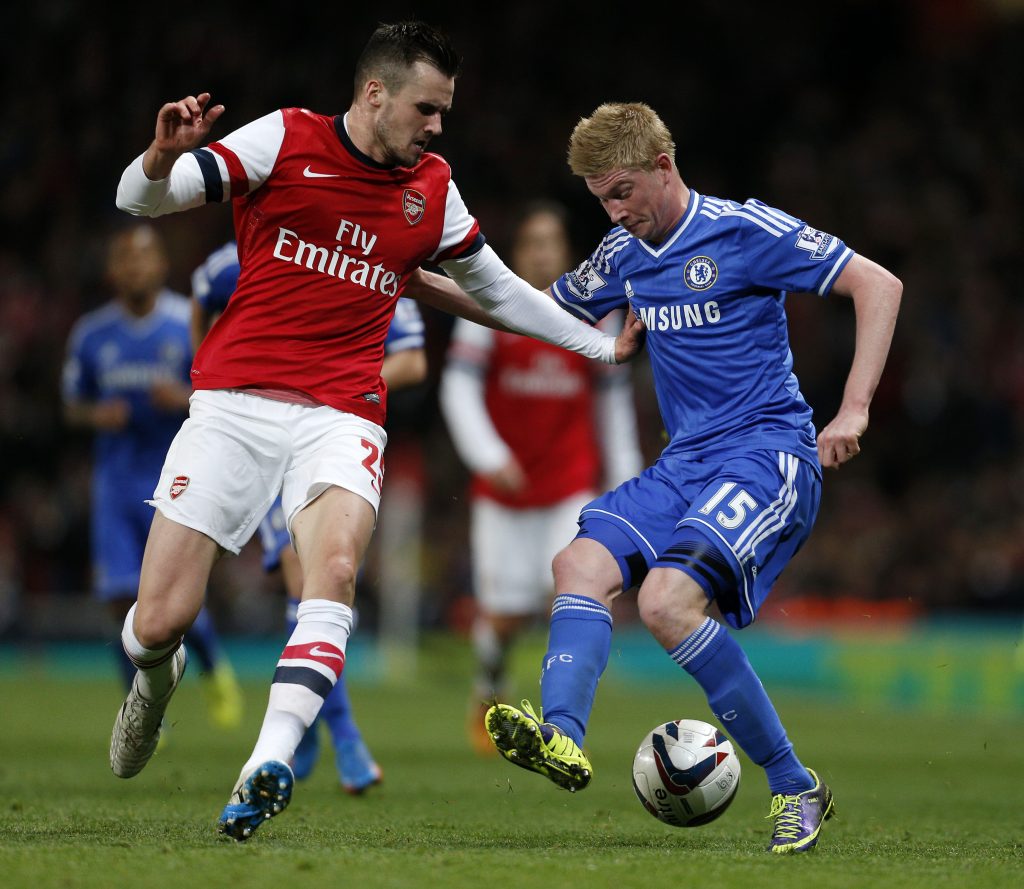 The Belgium international was signed by the Stamford Bridge outfit in January 2012, remaining at Genk on loan for the second half of the season.

De Bruyne joined Werder Bremen on a season-long loan that summer before returning to Chelsea in the summer of 2013.

The Man. City star lasted for just a few months under former boss Jose Mourinho, making three Premier League appearances for the Blues before leaving for Wolfsburg in January 2014.

While he had a very brief stint at the London club, he named the quartet of Peter Cech, John Terry, Frank Lampard and Eden Hazard while picking a best XI from his past and current team-mates.

”For me, in goal, you have to choose between Thibaut (Courtois), Ederson and Cech. How can you choose? I’m going to say Cech based on his whole career and playing 15 to 20 years. The others can do the same after,” De Bruyne said during an Instagram Live Q&A with Axel Witsel and Romelu Lukaku yesterday.

“Centre-back I would take Vinny (Vincent Kompany). He still counts as a player, or is he a manager? I could choose (Aymeric) Laporte or John Terry, Jan Vertonghen or Toby Alderweireld. If you go on career, probably John Terry.

“I would take David Silva and Lampard, two guys I played with for a few minutes. Offensive players. I have to choose Eden (Hazard), Kun (Sergio Aguero) and Raheem (Sterling).”

Chelsea continue to rue allowing the 28-year-old leave, and he has since established himself as one of the best players in the top-flight at City.

He cost the Etihad Stadium outfit £55 million in the summer of 2015 and has made 142 league appearances for them, scoring 31 goals and assisting 62 others.

The Belgian has won two Premier League titles with City, and an unavoidable sense of what might have been remains at Chelsea.