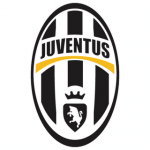 Juventus lost 1-0 away to Chelsea in the first leg of the Chelsea – Juventus fixture, their first loss in nine games of this season’s competition (including preliminary rounds).

Juventus will be without Mauro Camoranesi, Mohamed Sissoko, Paolo De Ceglie and Cristiano Zanetti, whilst Marco Marchionni is a doubt. 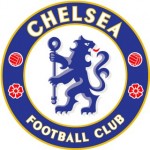 Chelsea won 1-0 at Stamford Brige against Juventus in their last Champions League match, their fourth win this season in the competition.

They have won four (all at home), drawn two and lost one of their seven matches so far. Chelsea have found the back of the net 10 times (8 at home) and conceded 5 goals (1 at home) in this season’s competition and finished as runners-up to A.S. Roma in their group.

Chelsea will be without Nicolas Anelka and Deco, but Ricardo Carvalho and Michael Essien are both fit again and will be likely to feature.

After Chelsea’s 1-0 victory in the first leg encounter, Juventus will have their work cut out for them if they are to progress to the next round. To make matters worse for them, Juve have not win a single of their last eight matches against English opposition.

Chelsea seem to be flourishing again under new manager Guus Hiddink, and with Didier Drogba finding his goal-scoring form as well – hitting the back of the net three times in the five matches since the Dutchman took over the club – the Blues look like a tough prospect to beat.

Even with the home advantage, Juventus will only be the most minor of favourites in this encounter. Although they have not lost any of their last 15 home matches in all European competitions, a victory for Juventus does not look too likely against a strong Chelsea squad that has found its feet again in both domestic and international competitions.

Chelsea have not won a single of their last six away Champions League matches, and so on the night, a draw between the two sides looks to be the most likely result, with Chelsea progressing through to the next round thanks to their victory at Stamford Bridge in the first-leg encounter.