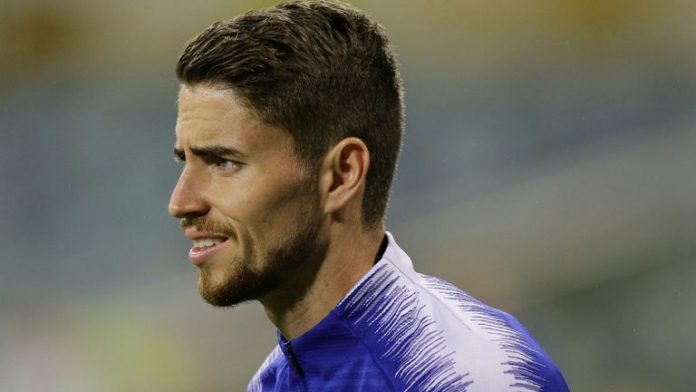 Juventus are prepared to offer Federico Bernardeschi as a makeweight as they seek to land the signature of Chelsea midfielder Jorginho, Italian journalist Alfredo Pedulla claims.

Jorginho is currently in his second season with the Blues since his move from Napoli and he has recently stated that he is ‘very happy‘ with his situation at the club.

Despite this, there continues to remain the speculation of him returning to the Serie A where he could play under Bianconeri boss Maurizio Sarri for a third time.

Jorginho has already featured under the Italian at Napoli and his debut campaign at Chelsea and it appears that the Bianconeri are looking to reunite the duo.

According to Alfredo Pedulla, the Serie A holders are willing to offer Bernardeschi in a player-plus-cash deal in order to convince the Blues to part ways with Jorginho.

Bernardeschi, who is valued at £25.2m, was previously on the radar of the Blues when he was at Fiorentina in 2017 but he eventually made the decision to join the Bianconeri.

He has struggled for playing time with the competition for places this term and has been restricted to only 18 appearances in the Serie A – out of which only nine have come from the starting lineup.

The Italian has failed to make a single goalscoring contribution in the process and it would come as a surprise, if the Blues are interested in a summer move for the 26-year-old.

Meanwhile, Jorginho has improved on his performances under the guidance of Frank Lampard this season and he has particularly impressed with the long-range distribution towards the forwards.

The ex-Hellas Verona graduate has struggled to replicate the same consistency during the backend of the campaign but it’s highly unlikely that Blues will consider the sale, given the player himself is content at the club.