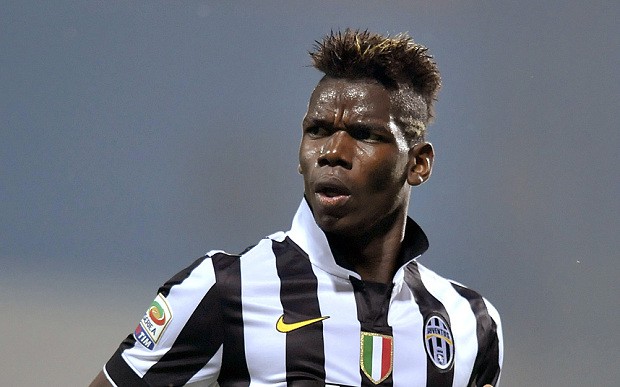 Juventus manager, Massimiliano Allegri, has not ruled out the possibility of star midfielder Paul Pogba leaving the club in the near future.

The 21 year-old has become the most sought-after player over the last couple of years with old club Manchester United, Chelsea, Manchester City and Real Madrid all being linked. He scored a 25 yard left foot hammer in Juventus’ last game against Chievo to put his side 1-0 ahead, his fourth goal in his last four games. He also played a vital role in making it 2-0, his volley lead to save from Chievo’s goalkeeper, Albano Bizzarri, and Lichtsteiner put away the rebound.

Allegri said: “Everything in life has a price, unfortunately. I don’t think it is a problem we need to consider right now.

“It is difficult to replace world class players, but it can be done, as football goes on.

“Pogba is only 21 years old, has a good 10-15 years ahead of him and more importantly has the qualities to do much better than he is now.

“To win games you need great players, otherwise there wouldn’t be players that clubs pay €100m (£75 million) for. As with every profession, there are levels.”

Earlier this month Pogba’s agent, Mino Raiola, insisted the player would not being leaving Juventus in January. He said: “He will stay here this window in Italy and after it’s up to Juventus and up to himself to see what are the possibilities and what are the things to do.

Everybody that knows a little about football knows there are only eight clubs that can afford him.”

Pogba has been repeatedly linked with Premier League giants Manchester United and Chelsea. The French midfielder is arguably one of the best young talents in the world, but it remains to be seen whether Premier League clubs are at all ready to pay that money for him.