For those of you that saw the BBC Match of the Day interview with Chelsea manager Jose Mourinho, will no doubt have witnessed the melt down of the “Special One” in front of the TV cameras.  For many it signified the pressure that premier league managers are under whilst it also allowed us a glimpse into the mind of the somewhat eccentric Chelsea manager. In the words of the late comedy magician Tommy Cooper, Chelsea lost the title against Liverpool on Saturday “Just like that“.  After going 1-0 up just before half time, they allowed Coutinho to turn on the edge of the area then bend the ball with his left foot, around the outstretched goalkeeper Begovic.  Chelsea conceded at the worst time possible with Jose embarrassingly about to walk down the tunnel early, only to pop his head back round and see the Liverpool equaliser.

As we are all too aware, Chelsea have now lost 6 premier leagues games so far this season.  They only lost 3 games in the whole of last season.  Every newspaper and social media site have the general headlines calling for Jose to be sacked. There are inquests into the players/managers relationships and questions of why, why, why this has happened to Chelsea.

For me, Jose Mourinho is a victim of his own success.  This is the worst run of his entire 15 year managerial career.  If we put this into context, Jose has never lost more than 6 games in the premier league.  Compare this to Arsene Wenger and you start to realise how out of context these newspaper and social media headlines are.  Jose is a winner, if you look at his record you see he is the type of manager who could still put a win streak together and Chelsea could easily go on to a top 4 position in the premier league.

The Chelsea squad are now without Didier Drogba and Petre Cheq who I feel provided stability to the squad, especially within the dressing room.  Diego Costa is at times temperamental which causes the team problems on and off the pitch.  My concern currently with Chelsea is that most of the current squad look tired.  It looks like in the last campaign, Mourinho kept with the same unchanged team for most of the games and he is now paying the price.  Players like Nemanja Matic and Cesc Fabregas are looking like this is the first time they have played in the premier league.  John Terry and Ivanovic once the reliable “Rocks” at the back have become almost unrecognisable this season.  Eden Hazard was talked of in the same league as Messi and Ronaldo about 6 months ago and is now being accused of not being sharp; Matic was a great holding midfielder but brought on then substituted off 27 minutes later against Southampton.  This can’t really encourage or support the players who whether the fans like it or not, are ultimately playing for their manager. 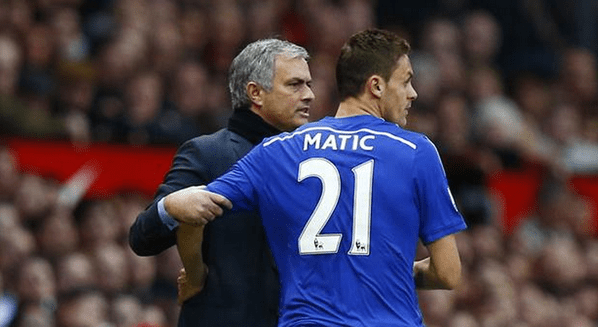 I hope Mourinho is given time to see if he can turn this around.  Can he rebuild the squad back to winning ways?  To be a truly great, great manager, this is surely the challenge that he should relish and grab hold of.  No longer slating the referees, no longer talking about conspiracy theories and no longer disrespecting other managers.  At the moment he has isolated himself due to these three gripes.   The fans see through his desperation mask, we are football fans who know some decisions go against your team, some for your team; some managers are annoying, some we love.  What we don’t want to see is managers who have a charm offensive with the press and their players when winning, but are looking for excuses and scapegoats when they lose.

I hope we do see Jose Mourinho stay and fight the rest of the season and work out the situation with his players and staff.  He needs to repair his rapport with the media and also the confidence in his players.

This Chelsea capitulation has meant that our fascination with the Premier league has increased.  No games are easy for Chelsea anymore this season, they are needing confidence and the “rub of the green” to even get a result.  Sometimes it can take just one match to turn the situation around, one scruffy win, an own goal or even a debated penalty win and the whole picture can change again “Just like that“.