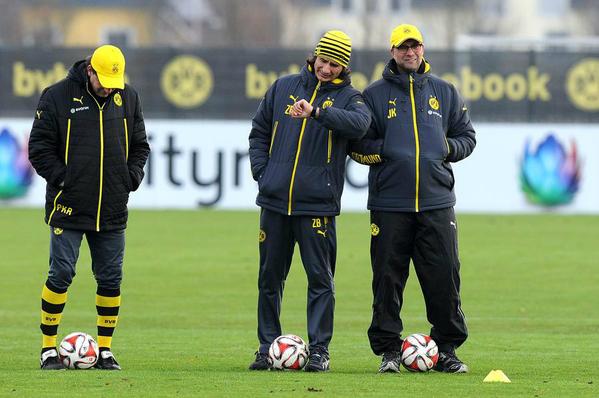 Jurgen Klopp is set to sign a 3 year contract with Liverpool on Friday.

The former Borussia Dortmund manager will take over from Brendan Rodgers and has already started planning his moves.

According to Sky Sports, Jurgen Klopp has already informed the Liverpool owners about his first two additions to the club – Zeljko Buvac and Peter Krawietz.

Buvac is a long term assistant for Klopp and worked with him at Mainz as well. The duo played together as well.

Buvac is often referred to as the ‘twin’ of Klopp and is highly regarded for his tactical knowledge. Dortmund star, Nuri Sahin once said – “Buvac is worth his weight in gold. His word in the law, in the dressing room”.

Furthermore, Klopp is also set to add Peter Krawietz to his team at Liverpool.

Krawietz is a video analyst, who helps study the opposition and divise the best ways to nullify them.

It is believed that FSG are on board with Klopp’s demands and are willing to get rid of Gary McAllister and Sean O’Driscoll (staff appointed by Brendan Rodgers), in order to complete a move for Klopp’s preferred wing-men.

The German is due on Merseyside tomorrow and will be officially presented as a Liverpool manager on Friday, a day that marks a new era in the history of Liverpool football club.