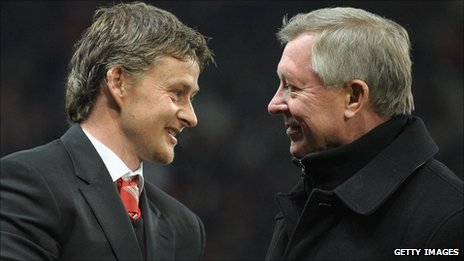 Manchester United host Liverpool on Sunday on matchday 27 of the 2018-19 English Premier League, and a feisty affair is expected when the bitter rivals clash.

The Reds will go three points clear of Manchester City on top of the table with a victory, while the Red Devils will further strengthen their chances of finishing in top-four with a win.

United are yet to lose a league game since the appointment of Ole Gunnar Solskjaer as manager on an interim basis, winning eight and drawing one thus far.

Their last league defeat came at the hands of Liverpool at Anfield, and Sunday’s game is an opportunity for them to get revenge.

Reds boss Jurgen Klopp is aware of the huge threat United pose and while he knows their resurgence under Solskjaer isn’t good news for his side’s title ambitions, he can’t help but shower praises on the Norwegian for getting the Old Trafford outfit playing like they used to under Sir Alex Ferguson.

“I’m really happy for him he got the opportunity to show his quality. It’s not the best news for us obviously, but for United fans it’s brilliant bringing in all things Sir Alex Ferguson stood for with all the new things in football,” the German told reporters.

“That makes them a threat again. They are really back on track. Good for them. We all needed luck in our managerial careers. When I went from Mainz to Dortmund people said I had no international experience. It was true.

“Normally you would not make a move from Norway to Manchester United. That is clear. But he’s shown his qualities. He has the quality and the luck in the right moment. Now he’s in charge and there is no doubt he will be the manager next year as well. That is clear. Can you imagine if they brought in a new manager? He deserves that 100%”

Solskjaer arrived from Molde to take over from the dismissed Jose Mourinho, and he has surpassed expectations having earlier failed to convince during an ill-fated managerial stint with Cardiff City.

The former United striker knows the club through and through, and replicating Ferguson’s methods is proving to be a hit.

It remains to be seen if he will be getting the Old Trafford job on a permanent basis, but victory over Liverpool will help further boost his chances.