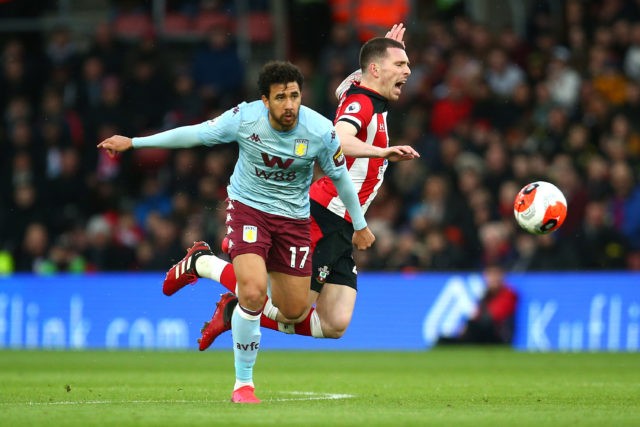 The Daily Star has claimed today that Tottenham Hotspur ‘have received a green light in their bid’ to sign Pierre-Emile Hojbjerg from Southampton in the summer transfer window.

The report claimed that Spurs boss Jose Mourinho is keen to bolster the midfield in the summer and has earmarked the Denmark midfielder as a potential option.

Mourinho loves holding midfielders who will sit deep and allow others to move forward. And that is why he feels Hojbjerg is the ideal man to take up the same role at Spurs.

The former Bayern Munich midfielder has refused to sign a new contract despite ongoing negotiations with Southampton.

He will see his deal expire in 2021 and Southampton could be tempted to cash in on him.

In a Q/A session, Football London’s Alasdair Gold has delivered his verdict on the Saints midfielder.

He claims that the 24-year-old midfielder will not arrive with a crazy price tag.

Southampton are aware that the midfielder wants to play at a higher level and playing under Mourinho will appeal to him.

Gold wrote: “Hojbjerg himself has admitted in recent days that he wants to move on to a higher level now and that Southampton are aware of that and playing for Mourinho will appeal to him and for a club like Tottenham with their history of successful Danes.

“There remain questions over the midfielder’s ability to be consistent at the very top level, and some still point to his struggle to become a regular at Bayern Munich after joining as a 17-year-old.

Plenty of water has passed under the bridge since then though and if Spurs can get him for a good price – it’s all about that price tag this window with a lack of finances – then he makes perfect sense for the club and fits their transfer profile of a young player than can be developed and be worth even more.”

Hojbjerg has been impressive for the Saints this season making 33 appearances in all competitions. He has got four years of Premier League experience under his belt, and his leadership qualities would be something that would help Spurs.