Journalist claims Ben Godfrey to have Everton medical in 24 hours 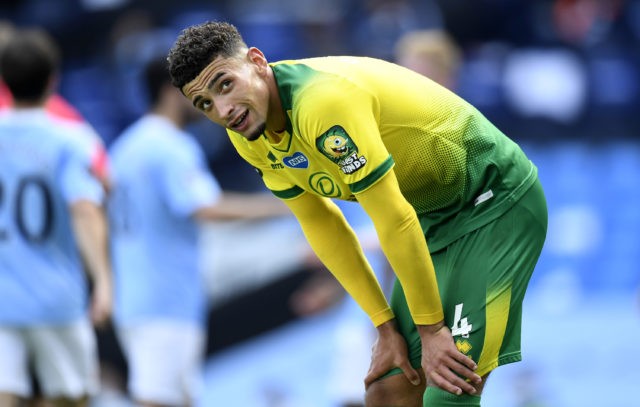 The Times reporter Paul Joyce has claimed on Twitter that Everton have agreed a fee with Norwich City over the transfer fee of Ben Godfrey.

Joyce, who is a well-respected and well-known journalist, has stated that the Toffees will pay Championship club Norwich an initial transfer fee of the 22-year-old defender.

The Liverpool Echo has claimed that the player himself is keen on a move to the Premier League club before the summer transfer window closes.

The Daily Telegraph journalist John Percy has reported on Twitter that Godfrey is set for a medical at Everton in the next 24 hours.

Everton's second bid of £25m plus add-ons for Norwich defender Ben Godfrey has been accepted tonight. Godfrey set for medical in next 24 hours #efc #ncfc

According to WhoScored, Godfrey has played three times in the Championship for Norwich so far this season.

During the 2019-20 campaign, the 22-year-old made 30 appearances in the Premier League for the Canaries, who got relegated from the top flight of English football, according to WhoScored.

During the 2018-19 season, the youngster made 26 starts and five substitute appearances in the Championship for the Canaries, scoring four goals and providing two assists in the process, according to WhoScored.

Godfrey is a very good and promising young defender who did well in the Premier League, and he would be a good addition to Carlo Ancelotti’s Everton side, not just for now, but in the coming years as well.