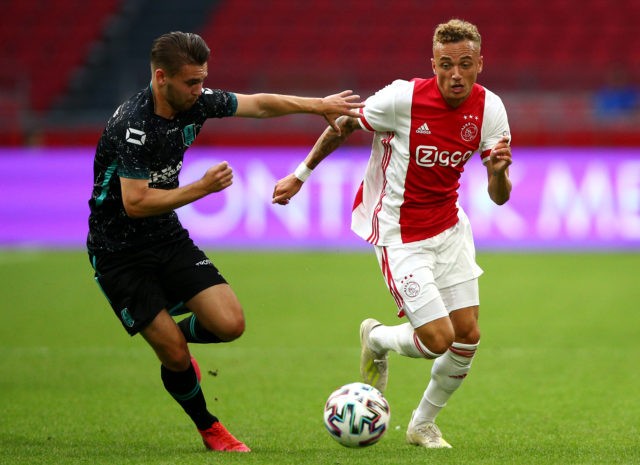 According to Goal journalist, Ronan Murphy, Celtic are looking to sign Noa Lang in the summer transfer window.

The Bhoys have already signed two players, and Neil Lennon is still looking to add more bodies to the Celtic squad.

Murphy claims that Celtic have joined the race to sign the highly-rated Ajax winger Lang this summer.

Lang made his senior debut for Ajax in 2019 and has made eight appearances for the club, scoring three goals.

The 21-year-old joined FC Twente on loan in 2020, where he made seven appearances.

German club Hertha Berlin, and Spanish clubs Villarreal and Real Sociedad are also keen to sign the winger. Villarreal are looking to sign him permanently, with a fee being mooted around €7-8m.

The Glasgow giants are only interested in signing him on loan with an option to sign him permanently next summer.

Celtic are looking to sign Ajax's Noa Lang on loan with a purchase obligation. Hertha, Sociedad, Villarreal interested in a permanent deal. Fee is believed to be around €7-8m. #CelticFC #hahohe #AFCAjax #Villarreal #AurreraReala

Celtic are currently working over securing a deal for Motherwell midfielder David Turnbull. The Bhoys are also interested in signing defender Shane Duffy.

The Bhoys do have enough depth in their attacking areas. Celtic have James Forrest, Ryan Cristie, Mohamed Elyounoussi, Mikey Johnston as recognized wingers, but it seems the Hoops boss still wants to add more depth in that area.