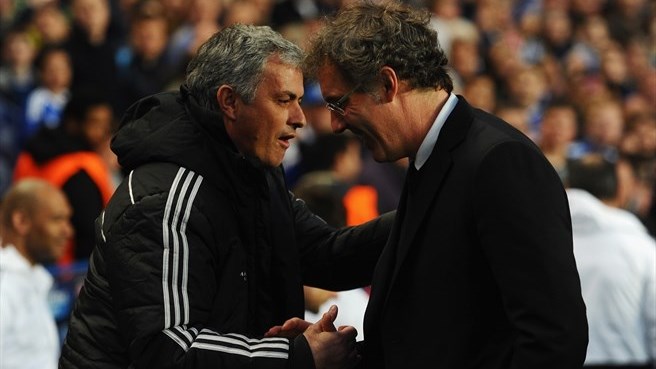 Jose Mourinho will make the difference for Chelsea in their last 16 Champions League showdown against Paris Saint Germain, according to Thibaut Courtois.

The Blues stopper says he is expecting a tough match in Paris tonight, where the West Londoners will be hoping for a marked improvement on last season’s quarter-final match that saw the French outfit win 3-1.

Chelsea ended up edging the tie on the away goals rule but are a stronger proposition this season after the signings of Diego Costa and Cesc Fabregas, while drafting Courtois back from his three-year loan with Atletico Madrid.

But despite Chelsea’s greater strength this season, as reflected by their seven point lead at the top of the Premier League, Courtois still feels having Mourinho calling the shots will be the decisive factor for the Premier League side.

He told UEFA.com: “Last season Chelsea had two difficult games with them (PSG) in the quarter-finals, so I know it will be a hard game. They were maybe one of the hardest teams for us to get in the draw.

“I think he (Mourinho) is a really strong coach, he has good tactics, he knows how to motivate the team, and when he was at Real Madrid we had difficulties winning against them.

“We did once, in the cup final. And last season we had it difficult here at Stamford Bridge against Chelsea. So I know he’s a very good coach, and I can see it now with my own eyes now I have him as my trainer.”