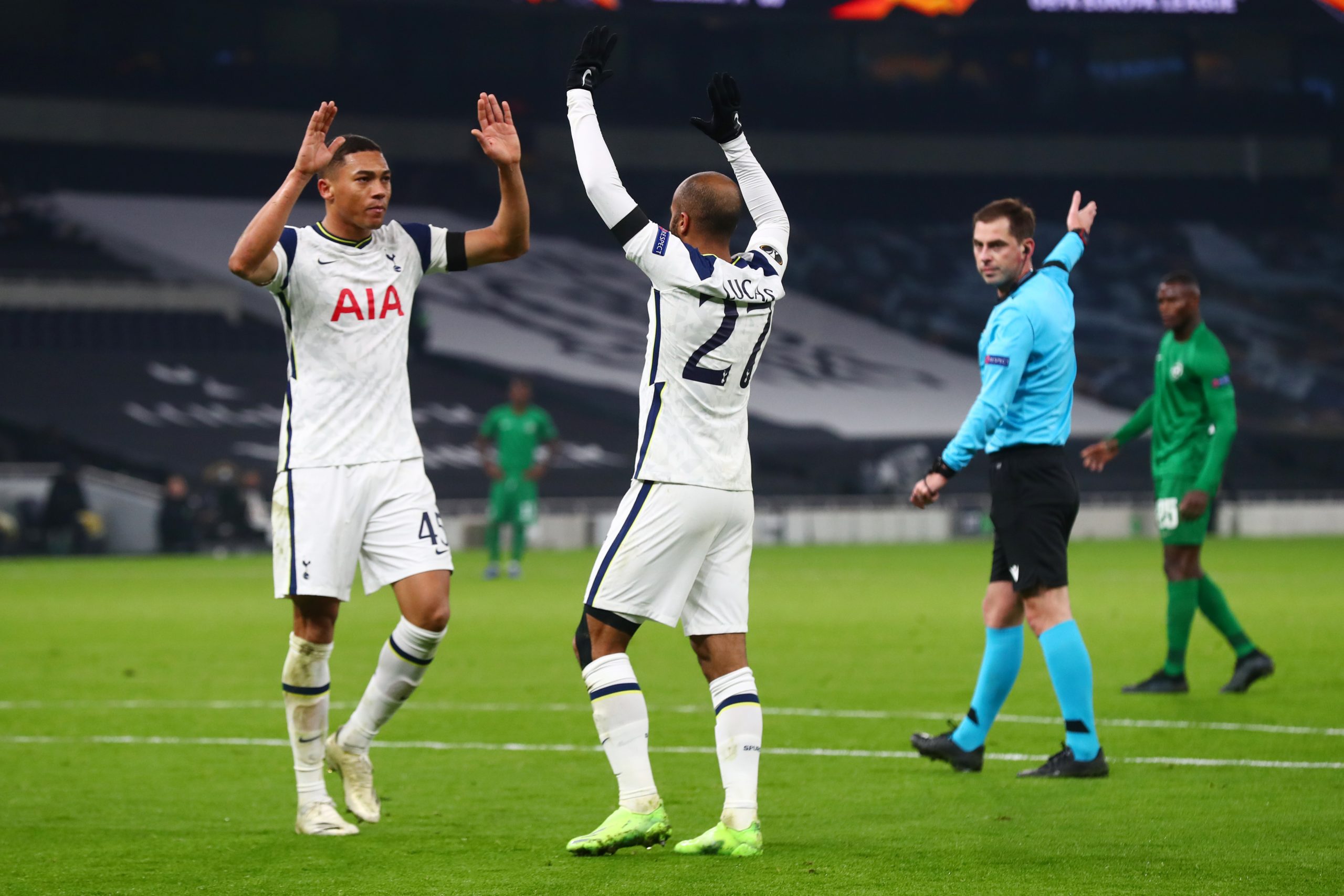 Tottenham Hotspur strolled to a comfortable 4-0 victory over Ludogorets Razgrad last night to make it three wins in four Europa League group games and advance closer to the knock-out stages.

Summer season-long loan signing Carlos Vinicius scored twice and assisted another in arguably his best performance for Spurs since arriving from Benfica, and he will be looking to forcing his way into head coach Jose Mourinho’s first-team plans in the Premier League.

The 25-year-old has played just 12 minutes of English top-flight football since joining Tottenham, coming off the bench against West Bromwich Albion earlier this month.

Vinicius has been Mourinho’s first-choice in the Europa League, with Harry Kane being handed deserved rests given the number of games he plays for Spurs and England, and the Brazilian has two goals and three assists in four appearances in the competition thus far.

However, he will be keen to be involved in more action after opening his account for the North London giants, and the boss has told him what to do if he wants more league minutes.

“He is not playing a lot, especially in Premier League but he helped us to win the game at West Bromwich and in Europa League he is doing okay and adapting. Today was good that he scored an important goal,” Mourinho told football.london about the striker’s performance post-game.

“The second one is 75 percent Dele’s goal, but then in the second half he assists Lucas for his goal. He is a big boy, a strong boy and needs to be more physical in the Premier League but I am happy.

“It is good for the team to have that because for example last season, if Harry Kane needed a rest – we couldn’t and because Vinicius is here, the squad is much more balanced.”

The Portuguese top-flight league isn’t as physically demanding as the EPL, and Vinicius will have to learn the tricks if he is to impress at Spurs and play a huge role in their league campaign.

He scored 18 goals and assisted five others in 32 league games for Benfica last term, and he has the potential to replicate such form in England.

However, whether he has the tactical nous to adapt to the demands of the league remains to be seen, and it will be interesting to see whether he can become more physical and put his strength and stature into good use going forward.