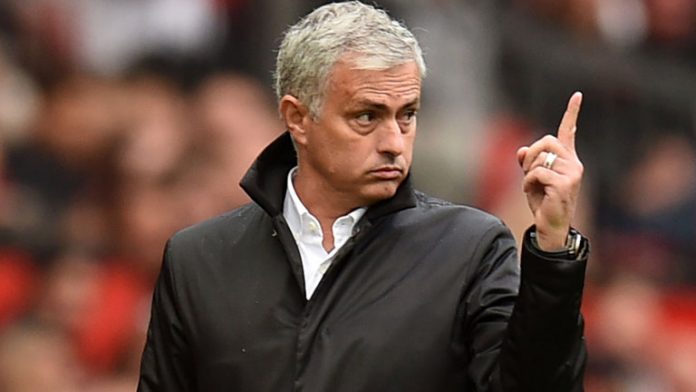 Manchester City gave access to Amazon Prime to shoot a documentary on Pep Guardiola and his men as they went on to win the Premier League title during the 2017/18 season.

A film crew followed City players throughout the last campaign to document their season closely and an eight-part documentary titled ‘All or Nothing’ has been aired on Amazon Prime. The documentary gives an insight into the management of the former manager of Bayern Munich, his coaching methods and his impact on the club’s training pitch as well as their boardroom.

Manchester United manager Jose Mourinho took a dig at the Red Devils’ neighbours and said that the documentary that was aired showed City’s lack of class, despite spending heavily over the last decade on new players.

“You can have a fantastic movie while respecting others. You don’t need to be disrespectful to have a fantastic movie. You can be a rich club and buy the best players in the world but you cannot buy class and they showed that clearly, that was really obvious,” Jose Mourinho said during an interview with Sky Sports.

The former manager of Real Madrid and Inter Milan’s comments clearly show that he is not impressed with City’s documentary, mainly for not showing respect.

Even though United finished second in the league table last season, Jose Mourinho says his side will be able to win the league. The United boss is aware of the fact that all of the top six clubs from last season have invested heavily in their squad, either to buy new players or retain the existing ones.

“Last season we put ourselves in a difficult position, because to do better we can only finish first,” he said.