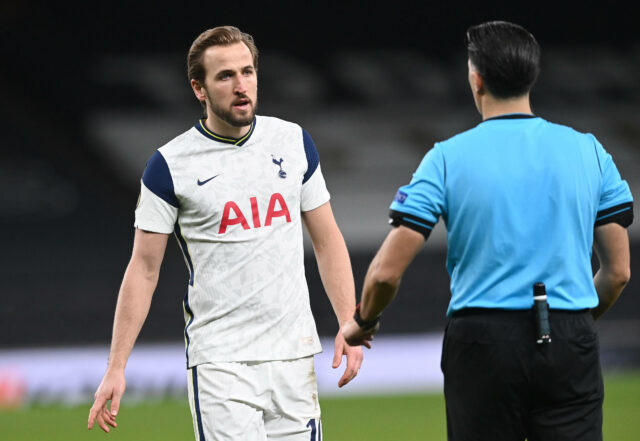 Jose Mourinho has suggested that he expects Harry Kane to play in the north London derby against Arsenal on Sunday.

Kane scored both the goals in Tottenham’s 2-0 win over Dinamo Zagreb in the Europa League round of 16 game on Thursday night.

However, the England striker was substituted after receiving a heavy tackle late in the game.

The 27-year-old has now picked a knock, but Mourinho is hopeful that he can shake off the injury ahead of the big match.

He suffered a blow to his right knee and looked uncomfortable. Although the Spurs striker looked to shrug it off, Mourinho didn’t take any chances with him.

Carlos Vinicius replaced Kane, who was quickly given an ice pack for his right knee by the Spurs physio on the bench.

Missing Kane against Arsenal would be a massive blow for the club. Mourinho was able to allay those fears after the game, hinting that the injury is not serious.

“I hope so, and I believe so – you know, it’s a big match,” said Mourinho, as quoted by Football London.

“I think only a big problem would stop him from being there, which I don’t think it is, but let’s see the reaction tomorrow, but hopefully he’ll be fine.”

Kane has been outstanding this season for Spurs once again. He has scored 21 goals in all competitions and has registered 16 assists as well.

Spurs are in impressive form at the moment and have won five games in a row in all competitions.

In other news, check out the combined Arsenal-Tottenham XI.